Results of the STEMI-RADIAL trial presented at TCT 2012 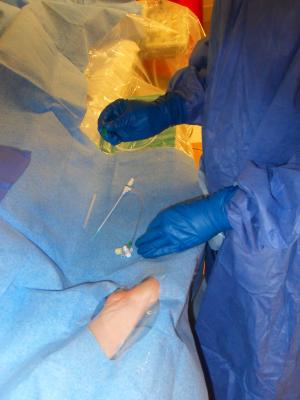 November 6, 2012 — A study has found several benefits in using the radial artery in the arm as the entry point for angioplasty or percutaneous coronary intervention (PCI) compared to the femoral artery in the leg. Results of the STEMI-RADIAL trial were presented at the 24th annual Transcatheter Cardiovascular Therapeutics (TCT) scientific symposium, sponsored by the Cardiovascular Research Foundation.

The trial was supported by the Charles University Research Fund, and was a project of the Ministry of Health, Czech Republic for development of University Hospital Pilsen. Bernat reported no financial conflicts of interest.