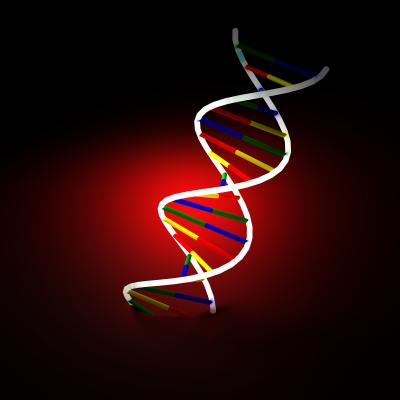 May 17, 2013 — Patients with coronary artery disease who undergo treatment at the University of Maryland Medical Center (UMMC) now can receive long-term therapy based on information found in their genes. As part of a new personalized medicine initiative, the medical center is offering genetic testing to help doctors determine which medication a patient should take after a stenting procedure in order to prevent blood clots that could lead to serious or fatal heart attacks and strokes.

Patients with suspected heart disease undergo coronary catheterization to identify blocked or narrow arteries and stents are often placed in the arteries to keep them open. After the procedure, patients typically take antiplatelet drugs, such as clopidogrel (Plavix), to prevent platelets from sticking together and forming clots.

Now, patients who undergo coronary catheterization at UMMC and the Baltimore VA Medical Center, both of which are affiliated with the University of Maryland School of Medicine, can elect to be tested for variations in a gene called CYP2C19. Up to one-fourth of the U.S. population carries at least one abnormal copy of the CYP2C19 gene, and research has shown that as a result, these individuals do not metabolize clopidogrel effectively.

"There is strong clinical data to support pharmacogenetic testing in regard to antiplatelet therapy," says Alan R. Shuldiner, M.D., the John L. Whitehurst Endowed Professor of Medicine, associate dean for personalized medicine and director of the Program in Personalized and Genomic Medicine at the University of Maryland School of Medicine. "It's time to incorporate genetics into the complex medical decisions that we make on behalf of our patients."

In 2009, Shuldiner led a University of Maryland study, published in JAMA, which showed that patients with a CYP2C19 gene variation exhibited reduced clinical benefit from taking clopidogrel. Based on growing clinical evidence reported in Shuldiner's study and others, the U.S. Food and Drug Administration (FDA) issued a warning about the reduced efficacy of clopidogrel in people with the genetic variation.

"Pharmacogenetic testing enables us to tailor drug treatments to individual patients based on their unique genetic makeup, or genotype," said Shuldiner, an endocrinologist and geneticist. "With genotype-directed therapy, we have the ability to change the 'one size fits all' approach to prescribing medication and ultimately improve the quality of care we provide to our patients. Patients want personalized and individualized medicine. They seek it out."

The test is performed by analyzing the patient's DNA, isolated from a blood sample, in a new state-of-the-art translational genomics laboratory at the University of Maryland School of Medicine. The tests are being conducted as part of a National Institutes of Health (NIH)-funded study to determine the best way to implement genetic-testing programs. Tests are free, and because of the partnership between UMMC and the University of Maryland School of Medicine, results are available within a few hours.

Shuldiner explains that the ability to provide test results within hours is crucial because cardiac stent patients are at risk for developing blood clots and other complications soon after they have the procedure. "This rapid turnaround time sets our program apart from other programs and commercial laboratories, where results may not be available for up to two weeks," he adds.

Pharmacogenomics is a burgeoning area of research, but only a small number of hospitals in the United States have programs to offer routine genetic testing as part of their clinical practice. This new approach to patient care is part of the University of Maryland School of Medicine's pursuit of more individualized, or personalized, medical treatment.

The University of Maryland launched its initiative in conjunction with a multi-center implementation study, the Translational Pharmacogenetics Project, funded by the NIH Pharmacogenomics Research Network (U01HL105198). Five other major hospitals across the United States are taking part in the study to evaluate the process for building such pharmacogenetic-testing programs.

"We plan to share lessons learned at our respective sites and to develop best practices for implementation of pharmacogenetics in everyday clinical practice. We are putting together a toolbox that will be useful to other institutions," said Shuldiner, who is leading the multi-center study. Cardiologists Mark R. Vesely, M.D., and Shawn W. Robinson, M.D., assistant professors of medicine at the School of Medicine who care for patients at UMMC and the Baltimore VA Medical Center, are co-investigators.

It is expected that the test for the CYP2C19 gene variation will become standard care for all patients who receive stents at both medical centers once the initial research phase is completed.

Cardiologists receive guidelines on how to interpret the test results and recommendations for choosing medications. It is up to them to determine the most appropriate treatment for their patients, who might have other medical conditions that need to be considered. The test results also are entered in the electronic medical record, where they can be accessed by other physicians.

"Knowing a patient's genotype is helping us to make more informed decisions for our patients," Vesely said. "A combination of aspirin and clopidogrel is the routine choice of medications many physicians will prescribe for their stent patients. But patients who are likely to have a poor or moderate response may be better protected by other medications or possibly a higher dose of clopidogrel. It comes down to what is best for each patient."

According to Vesely, limitations for the alternative medications include their association with higher bleeding rates. "The cost of the medications could also be a factor if patients cannot afford alternative medications or will not take them as prescribed." Newer anti-clotting medications, such as prasugrel (Effient) and ticagrelor (Brilinta), are more expensive than Plavix, which has been available as a generic since May 2012.

Robinson notes that the response from patients to genetic testing has been positive. "Patients have been very receptive to discovering this new information about themselves that can possibly have a positive impact on their future cardiovascular health," he said.

Shuldiner anticipates that the initiative will be expanded to include tests for other genes that may affect how patients respond to medications such as warfarin, an anticoagulant; simvastatin, a cholesterol-lowering drug; and codeine, a pain reliever. "Providing tailored therapy will better meet the health needs of patients and reduce the harmful side effects that can occur when a person is taking the wrong medication," he said.

The University of Maryland School of Medicine's Personalized and Genomic Medicine Program was established in April 2011 to help facilitate the pace of discovery in personalized and genomic medicine; to accelerate the translation of these new discoveries to improve patient care; and to enhance the training and education of future generations of physicians and scientists. The program is funded jointly by the School of Medicine and University of Maryland Medical Center.

To watch a video of Shuldiner discussing the new initiative, go to http://www.umm.edu/media/channel/heart-cardiovascular.htm.