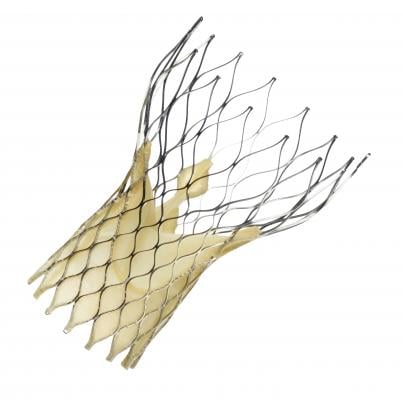 In a move that calls into question the future of transcatheter valve competition in the United States, a jury in the Federal District Court of Delaware decided Jan. 15 the Medtronic CoreValve infringes on transcatheter device patents held by Edwards Lifesciences Corp. Medtronic said it intends to appeal the decision.
Medtronic anticipates U.S. regulatory approval of the CoreValve transcatheter aortic valve replacement (TAVR) system for extreme risk patients by the end of 2014 to enter the U.S. market.
The jury found that Edwards' United States Cribier transcatheter heart valve patent (U.S. Pat. No. 8,002,825) is valid and that Medtronic CoreValve LLC willfully infringes it. Edwards said it plans to move to enforce this verdict and intends to seek a permanent injunction. The jury also awarded Edwards $394 million in damages. Edwards may seek increased damages of up to three times that amount, in addition to attorneys' fees.
“While we are disappointed in the jury's verdict, we continue to believe that this decision will be overturned on appeal," said Neil Ayotte, vice president and acting general counsel at Medtronic. "Medtronic has prevailed against Edwards in several legal actions related to a European counterpart to this patent and others, and believes the Federal Circuit Court of Appeals will find no merit to Edward's infringement claim. Today's jury verdict does not impose an injunction, and Medtronic will oppose any requests for an injunction by Edwards. "
The patent involved in this suit is part of the Cribier family of patents and expires in December 2017. This case was tried in the U.S. District Court for the District of Delaware and is directed at the manufacture and sale of the CoreValve ReValving System in the United States, as well as the worldwide sales of valves assembled in Medtronic's Tijuana, Mexico, facility using U.S. made components.
"Edwards invests in promising early technologies. As a result, Edwards holds a number of important patents in transcatheter valve technology, and we intend to continue to defend this intellectual property when it is used by others without permission,” said Larry L. Wood, Edwards' corporate vice president, transcatheter heart valves.
The Rocky Road Ahead
As with the "stent wars" in the late 1990s through the past decade where key stent vendors were involved in extensive patent litigation and counter suits to block competition, a similar pattern has developed with TAVR devices.
Edwards Lifesciences currently has the only U.S. Food and Drug Administration (FDA)-cleared TAVR device on the U.S. market, the balloon-expandable Sapien Valve. The FDA approved the Sapien in November 2011. It has indications for the treatment of inoperable patients and high-risk surgical patients. The CoreValve is expected to become the second FDA-cleared TAVR system, but litigation may hinder its U.S. market launch.
In 2010, a federal jury found that Medtronic CoreValve LLC willfully infringed on another Edwards patent, the U.S. Andersen transcatheter heart valve patent, and awarded damages to Edwards. The Anderson patent was set to expire in 2011. That finding was upheld on appeal and an initial payment of $84 million was made by Medtronic to Edwards in 2013. A decision on Edwards' request to enjoin Medtronic's entrance into the U.S. market and additional damages is still pending. Because some of the sales have been found to infringe both the Andersen and Cribier patents, a portion of the damages awarded in the Cribier case could be reduced, Edwards said in a statement.
Edwards challanged CorValve in German courts and succeeded in getting an injunction against the sale of the device. However, in November 2013, a German court ordered the discontinuation of a prior court ruling that prohibited Medtronic from commercially marketing or selling the CoreValve system in Germany since Aug. 26, 2013. The Higher Regional Court of Karlsruhe explained that, due to the European Patent Office (EPO) preliminary opinion, the Edwards Lifesciences’ EP2055266 Spenser patent claims are not valid, and it could not assume "with sufficient likelihood" that the Spenser patent is valid. Metronic has since resumed sales in Germany.
CoreValve's Positive Clinical Results
The first results from the CoreValve U.S. pivotal trial were very positive. The data on the self-expanding TAVR device was presented as a late-breaking clinical trial session of the 25th annual Transcatheter Cardiovascular Therapeutics (TCT) conference last October. The trial met its primary endpoint in patients who were considered too ill or frail to have their aortic valves replaced through traditional open-heart surgery, with a rate of death or major stroke at one year of 25.5 percent. This result is highly significant (p < 0.0001) as it was 40.7 percent lower in patients treated with the CoreValve system than was expected with standard therapy.
For more information: www.edwards.com, www.medtronic.com 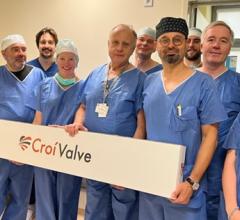 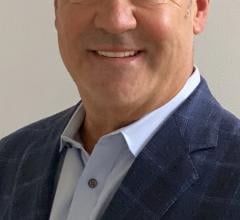 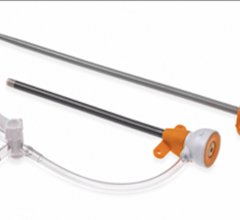