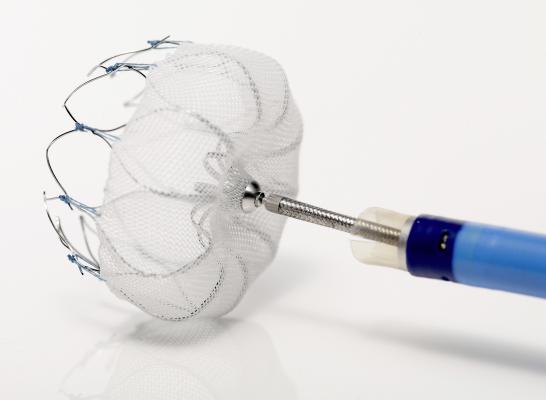 The PREVAIL trial evaluates safety and efficacy of the Watchman left atrial appendage (LAA) closure device in patients with nonvalvular atrial fibrillation versus long-term warfarin therapy. The device is designed to close off the LAA, a major source of clots in patients with atrial fibrillation, and reduce the risk of stroke, potentially eliminating the need for long-term use of blood-thinning medications.

The data was supposed to be presented during the 2013 American College of Cardiology (ACC) meeting on March 9 as the lead-off late breaking trial. However, Boston Scientifc released information about the trial prior to ACC lifting the embargo. As a result of the embargo break, the presentation was pulled off the ACC agenda.

"Boston Scientific considers scientific exchange in a peer-reviewed setting to be of the utmost importance, and we deeply regret that the data were not shared at ACC," said Kenneth Stein, M.D., chief medical officer, cardiac rhythm management, Boston Scientific.

The prospective, randomized PREVAIL trial enrolled 407 patients at 41 sites and compared the Watchman device to warfarin in high-risk patients with nonvalvular atrial fibrillation eligible for long-term warfarin therapy. PREVAIL builds on data from the PROTECT AF clinical trial, which enrolled 707 randomized patients treated with either the Watchman device or standard warfarin therapy, to evaluate the safety and effectiveness of the Watchman technology. The PREVAIL trial was designed to confirm the results of the PROTECT AF trial and validate the safety of the implant procedure, including at least 25 percent of subjects treated by new operators.

The PREVAIL trial met the pre-specified criteria for the first co-primary endpoint of occurrence of all-cause death, ischemic stroke, systemic embolism, or device or procedure-related events requiring open cardiac surgery or major endovascular intervention (randomization to seven days post-procedure or by hospital discharge, whichever is later). The trial did not meet the pre-specified criteria for the second co-primary endpoint of the occurrence of all stroke (ischemic or hemorrhagic), cardiovascular death and systemic embolism at 18 months. While the second co-primary efficacy endpoint was not met, the device performed similar to warfarin with a rate ratio of 1.07. The PREVAIL trial met its prespecified endpoint for the third co-primary endpoint of the composite of the occurrence of late ischemic stroke and systemic embolism (eight days post randomization and onward) at 18 months. The reported endpoint results are preliminary and require final validation.

"The results of the PREVAIL trial add to the wealth of previously published data confirming the utility of the Watchman device as an option for the reduction of stroke in high-risk patients," Stein said. "Watchman is the only device-based alternative to anticoagulation that has undergone rigorous scientific study. We are pleased the PREVAIL results showed low complication rates with both new and experienced operators and significantly lower complications than the early stage of the PROTECT AF trial."

Data from the PREVAIL trial, complemented by the PROTECT AF four-year outcomes data, the Watchman pilot study six-year data, the ASAP study and the CAP registry data update, will be submitted to support device approval by the U.S. Food and Drug Administration (FDA).

The Watchman device was approved for sale in Europe in 2005 and some countries in Asia in 2009. It is already commercially available in 40 countries worldwide. In the United States, Watchman is an investigational device, limited by applicable law to investigational use and not available for sale. The device was developed by Atritech, which Boston Scientific acquired in March 2011.