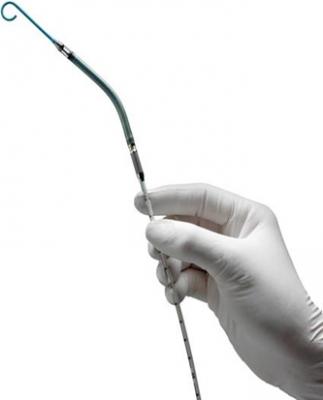 February 24, 2017 — Abiomed Inc. announced that it has supported more than 50,000 patients in the U.S. with its Impella line of heart pumps. Impella heart pumps enable minimally invasive treatment for high-risk heart failure patients who might otherwise have no treatment options.

The 50,000th patient supported with an Impella device was treated by Subhash Banerjee, M.D., professor of medicine at the University of Texas Southwest Medical Center and chief of cardiology at the Dallas VA Medical Center. "Impella heart pumps enable percutaneous treatment options for high-risk heart failure patients who have been turned-down for surgery," said Banerjee, who performed the procedure with the Impella CP. "Hemodynamic stability is essential to treating these types of high-risk patients and with the support of an Impella device, we are able to safely perform complete and complex coronary interventions on patients that might not have been treated previously.”

Impella heart pumps are the first and only temporary percutaneous ventricular support devices that are U.S. Food and Drug Administration (FDA)-approved as safe and effective for use in high-risk percutaneous coronary interventions (PCI) as well as the treatment of cardiogenic shock, a life-threatening condition that typically occurs during or after a heart attack, or post-cardiopulmonary bypass surgery.

Heart failure and coronary heart disease are the No. 1 cause of death in the United States, causing one out of every three deaths, or nearly 900,000 deaths each year.1 This heart failure epidemic currently affects 5.7 million Americans and by the year 2030 that number is expected to grow by 46 percent.1,2 While, to date, over 50,000 patients have been treated with Impella in the United States, Impella is currently used in only 1 percent of PCIs and in less than 10 percent of patients experiencing an acute myocardial infarction (AMI) complicated by cardiogenic shock. As a result, tens of thousands of patients remain undertreated and potentially unaware of the procedural options Impella can afford physicians.

In Detroit, a collaboration between metro cardiologists across five hospitals is providing an early indication of the potential to improve heart attack survival rates using Impella early in the cardiogenic shock spiral.

“People are aware that heart disease is the No. 1 killer, but they may not know what a major role coronary artery disease plays in the development of cardiogenic shock, which has had the same devastating mortality rate for 30 years in spite of the major advances in cardiac care," said William W. O’Neill, M.D., director of the Center for Structural Heart Disease at Henry Ford Health System. "In our collaborative approach crossing the usual hospital system boundaries, we have utilized a common protocol since July 2016 in an effort to improve the outcomes for our entire community.”

O’Neill continued, “In reviewing the observational data generated from treating a small group of 30 patients, we continue to develop and prove the hypothesis that Impella, used early, can be an effective tool to improve survival of cardiogenic shock and enable patients to keep their own hearts after events that may otherwise have resulted in transplant, chronic heart failure or death.” These results and other data observed in Abiomed’s IQ Assurance Database will be discussed at the 2017 American College of Cardiology Scientific Sessions, March 17-19 in Washington, D.C.

The Impella pumps offer the unique ability to both stabilize the patient's hemodynamics before or during a PCI procedure and unload the heart, which allows the muscle to rest and potentially recover its native function. Impella is now recognized by multiple medical guidelines and regulatory bodies worldwide and is supported in published expert consensus documents and nearly 400 clinical publications. Heart recovery is the ideal option for patient quality of life and, as documented in several clinical papers, has the ability to save costs for the healthcare system.3,4,5

In 2014, a study analyzed all adult patients receiving short-term mechanical circulatory support (MCS) in the United States from 2004 to 2011 (12,000 patients) using the Nationwide Inpatient Sample from the Healthcare Cost and Utilization Project. The study showed the use of short term mechanical support in the U.S. had reduced hospital mortality rates while also reducing hospital costs.6 Additionally, Impella has been shown to reduce length of stay7, reduce readmission rates8 and has been proven cost effective in multiple clinical studies.9