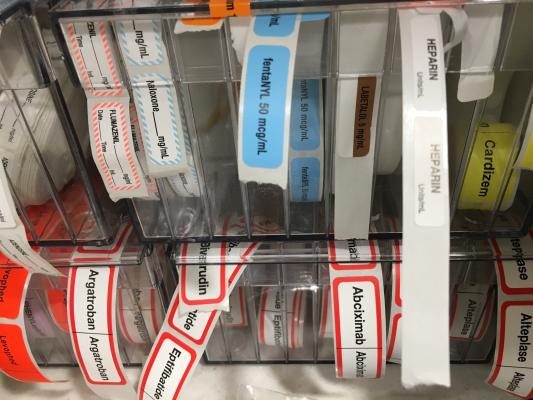 June 27, 2018 — Results from a 902-person, five-country survey of people living with atrial fibrillation (AF) reinforce the importance of patient-physician discussion around the reversal of blood thinning (anticoagulant) treatments in potential emergency situations.

AF is the most common cardiac rhythm disorder worldwide1 and increases the risk of stroke five-fold.2 Anticoagulants reduce the blood’s ability to form clots and reduce the risk of stroke. However, in emergency situations, such as when rapid initiation of surgery is required, or in the case of a life-threatening bleed, quick reversal of anticoagulation may be required.

AF patients in the survey were very aware of potential complications related to their treatment in the event of an emergency (89 percent).3 However, more than half (51 percent) could not recall having a discussion with their doctor about stopping their blood thinning medication in an emergency. Yet 78 percent would prefer such information about reversibility to come directly from their treating physician compared to other possible sources.

“First of all, it is important that AF patients understand the importance of anticoagulation and its role in preventing strokes. However, it is clear from these survey results that knowing more about how anticoagulant medication could be stopped in the event of an emergency is also very important to patients. This highlights the need for physicians to address this topic in ongoing discussions with their AF patients,” commented Prof. Harald Darius, head of the department of cardiology, angiology, nephrology and intensive-care medicine at the Vivantes Neukoelln Medical Center, Berlin in Germany.

Highlights from the survey include:

An online poll was conducted by Branding Science, an independent market research consultancy, on behalf of Boehringer Ingelheim. The poll was conducted in five countries between October and November 2017 amongst patients diagnosed with AF who have been prescribed a blood thinning (anticoagulation) therapy for stroke prevention.

The poll sought to evaluate patient attitudes towards anticoagulation and potential reversal in an emergency. It was conducted among 902 AF patients living in Belgium, Germany, Italy, Russia and the United States. The respondents were 63 percent male and 37 percent female, with 39 percent of the patients between 56 and 70 years of age being on blood thinning treatment because of AF for 6.8 years on average.

3. Research carried out by Branding Science, Data on file