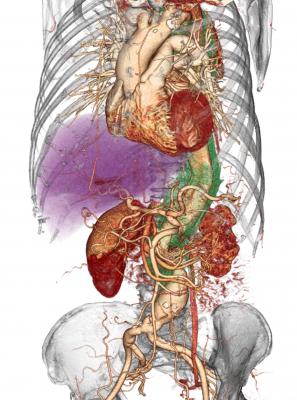 “This study allows us to better appreciate the playbook of aortic dissection,” said John A. Elefteriades, M.D., of the Aortic Institute at Yale-New Haven Hospital in Connecticut. “Knowing how dissection operates — in this case, at what age dissections are likely to occur in a specific family — permits us to combat it more effectively and save many lives.”

Elefteriades, along with lead author Alan S. Chou, BA, and other colleagues, determined that aortic dissections tend to cluster by age in family members. The group reviewed information for 298 aortic dissection patients treated from 1990 to 2014 at the Aortic Institute at Yale. Detailed family histories were available for 90 patients. Among these patients, more than 50 percent of familial dissections occurred within a 10-year age span, and the odds increased within certain age groups.

“Family history is very important and is one factor in our ‘guilt by association paradigm’ for identifying patients at risk,” explained Elefteriades. “If a family member suffered an aortic aneurysm or aortic dissection, chances are at least 1 in 8 that you may experience something similar in the future.”

When an aortic dissection occurs, blood moves through a tear in the wall of the aorta and causes the inner and middle layers of the aorta to separate (dissect). In most cases, the aorta was made vulnerable by an aortic aneurysm, which is a balloon-like bulge in the aorta. Risk factors for tearing include poorly controlled high blood pressure, injury to the chest, extreme exertion and illicit drug abuse, as well as connective tissue disorders such as Marfan Syndrome. Symptoms are similar to a heart attack, and once a tear develops, severe, knife-like chest pain usually results.

Aortic dissection is relatively rare and can be fatal. The Centers for Disease Control and Prevention reports that each year, a ruptured or dissecting thoracic aortic aneurysm is the primary or contributing cause in more than 15,000 deaths in the United States. When an aortic dissection occurs in the first part of the aorta (ascending aorta), up to 90 percent of patients can be saved with emergency surgery. But as many as 40 percent of people with aortic dissections die instantly, and the risk of the death increases 1 percent every hour the diagnosis and surgical repair are delayed, according to the “Guidelines for the Diagnosis and Management of Patients With Thoracic Aortic Disease” from multiple societies, including the American Heart Association and The Society of Thoracic Surgeons. Olympic volleyball star Flo Hyman and actors Lucille Ball and John Ritter all died from thoracic aortic dissections.

Early detection and enhanced clinical management are possible when family patterns are considered during the clinical decision-making process, according to this study. Elefteriades stated that family members of dissectors are important candidates for prophylactic (preventative) screening (computed tomography, magnetic resonance imaging and transthoracic echocardiogram), with frequent and careful surveillance beginning 10 to 15 years before the age of the family member who had a dissection.

In addition, the study suggests that in patients known to have moderate-sized aneurysms and a family history of aortic dissection, prophylactic surgery should be strongly considered as those patients reach the age of their family member’s dissection.

“We can keep patients safe once we know they are at risk,” said Elefteriades. “Be reassured that with many thoracic aortic aneurysms, a full, normal life expectancy can be restored after protective aortic surgery.”