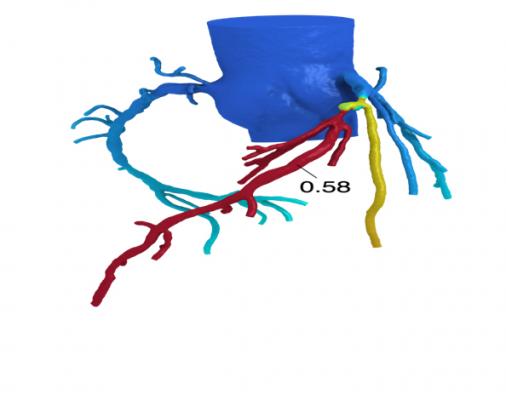 October 5, 2015 — Beaumont Hospital - Royal Oak is the first in Michigan and one of just a handful in the United States to offer fractional flow reserve by computed tomography, also known as FFR-CT. The technology is a noninvasive, diagnostic tool recently approved by the U.S. Food and Drug Administration (FDA) and developed by HeartFlow Inc.

Heart disease is the leading killer of men and women in the United States. In 2008, the last year for which statistics are available, more than 5 million Americans required emergency center care for chest pain and more than 16 million Americans required subsequent testing, according to the American Heart Association. As a result, 1 million invasive cardiac catheterizations were performed in 2008 throughout the nation for diagnostic purposes alone.

“Up to half of all diagnostic heart catheterizations in the United States reveal no significant coronary artery disease,” says Gil Raff, M.D., director of cardiac MRI (magnetic resonance imaging) and CT at Beaumont Hospital - Royal Oak, leading the implementation of HeartFlow technology. “FFR-CT gives us the individual patient information we need without having to perform an invasive procedure. This means we are able to reduce costs, along with the risk of radiation exposure and possible patient complications.”

HeartFlow’s FFR-CT is a Web-based software that analyzes existing coronary angiography images to provide physicians with detailed data about blood flow within the coronary arteries. It uses a standard noninvasive coronary CT angiography scan, uploaded to the cloud, and combines it with proprietary computer algorithms to create a three-dimensional model of the patient’s coronary arteries, that can determine whether any given plaque requires cardiac catheterization.

“Beaumont researchers have been leading the charge in noninvasive chest pain diagnostics with coronary computed tomographic angiography, commonly referred to as CTA, for the last decade,” Trivax said. “To that end, we’ve been able to ‘rule out’ coronary artery disease for many patients who have chest pain.

“But CCTA has limited usage for certain patients and in these cases, cardiac catheterization has been the best and most accurate diagnostic tool available,” Trivax explained. “Even with newer techniques, smaller catheters and better drugs which reduce the risk of stroke and bleeding, all procedures have some inherent risk. HeartFlow FFR-CT enables us to eliminate that risk for many patients.”

Trivax’s patient, Jerry Tolle, 65, of West Bloomfield was among the first to experience the new technology.

A fitness aficionado who worked out three to four times a week using free weights and cardiovascular equipment at his local gym, both Tolle and Trivax were surprised when Tolle began experiencing chest pain.

Tolle’s disease trajectory was atypical, according to Trivax.

“Mr. Tolle underwent stress testing but the results were not definitive. The EKG portion was abnormal but the imaging portion was normal. There wasn’t enough data to proceed with an invasive procedure at that time,” Trivax said.

Even so, Tolle failed aggressive medical therapy and complained of burning in his chest after eating. CCTA was performed and HeartFlow analysis revealed that Tolle’s left anterior descending artery — commonly known as ‘the widow maker’ — was 99 percent blocked. A stent was implanted via a heart catheterization procedure and after a few weeks’ rest, Tolle has started cardiac rehabilitation, three times a week and is doing well.

“It’s good to know that had the results not indicated a blockage, an invasive procedure would not have been necessary,” Tolle said.  “I’m not totally myself yet, but I’m back to work and feeling better each day.

“In fact,” he said, “I’ll probably get bored with rehab before I’ve finished the program – it’s significantly less intense than my previous work out.” 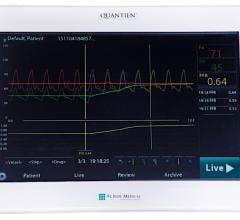 November 9, 2021 — The primary results of the Fractional Flow Reserve Versus Angiography for Multivessel Evaluation ... 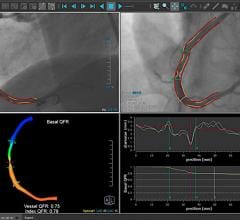 November 9, 2021 — Use of a novel technique called the quantitative flow ratio (QFR) to precisely identify and measure ... 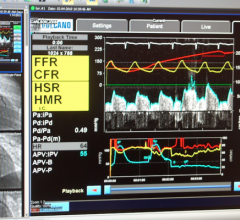 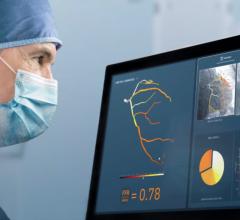 July 26, 2021 – CathWorks announced that the Japanese Ministry of Health, Labour and Welfare (MHLW) has approved the ... 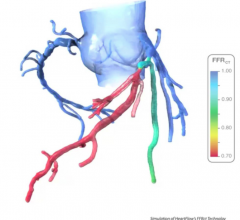 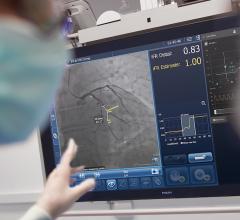 June 22, 2021 – Philips Healthcare announced the official start of the DEFINE GPS study, with the first patient being ... 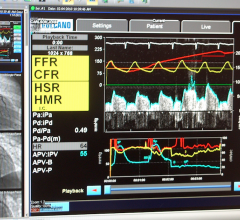 May 17, 2021 — In patients who received a coronary stent for an ST-elevation myocardial infarction (STEMI) heart attack ... 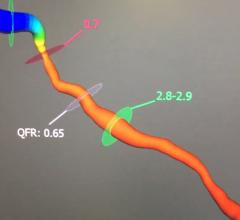 This is an example of the Medis Medical Imaging Quantitative Flow Ratio (QFR) system that offers a fractional flow ... 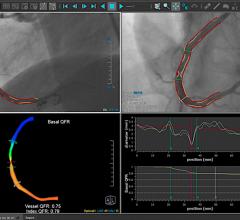 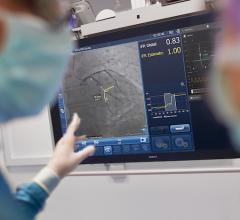