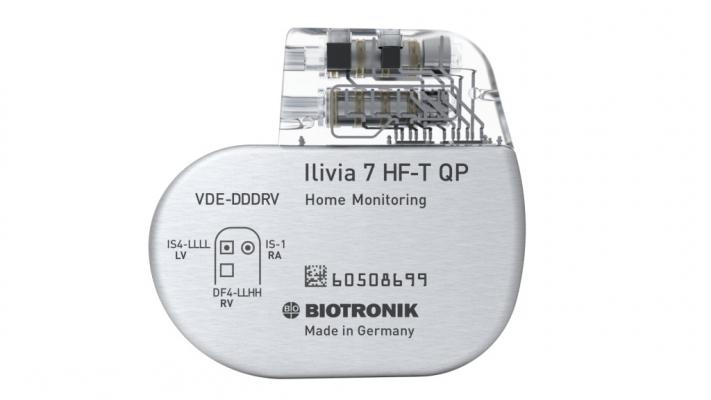 June 23, 2016 — Biotronik announced it was the winner of the Cardiostim Innovation Award in the category “Best Practice Improvement” for its MRI AutoDetect feature. The award was given at the Cardiostim 2016 conference, June 8-11 in Nice, France.

According to Biotronik, the company’s Ilivia implantable cardioverter defibrillators (ICDs) and cardiac resynchronization device (CRT-Ds) are the world’s first equipped with a sensor capable of automatically recognizing a magnetic resonance imaging (MRI) environment.

MRI AutoDetect allows cardiologists to activate a special window lasting up to 14 days, during which all normal device functionality is maintained until a unique built-in sensor detects the presence of an MRI scanner. Once activated, the sensor automatically detects the MR environment and activates a predefined MRI mode, which necessarily entails limited device therapy. When the patient leaves the MR environment, the device automatically reactivates the permanent program, thus limiting the time in MRI mode to an absolute minimum. Once the scan is complete, all device functionality is restored without the need for the cardiologist’s intervention. Soon after, the cardiologist can receive a full report transmitted via Biotronik Home Monitoring.

This represents a significant advance over the current situation, in which patients go unprotected by full ICD functionality for longer than the actual scanning procedure lasts. Reducing the amount of time a patient’s ICD and CRT-D spends in MRI mode is particularly crucial, as dangerous arrhythmias requiring defibrillation can strike at any time. With MRI AutoDetect the only time patients do not benefit from full device therapy is during the relatively short time spent in the scanner itself.