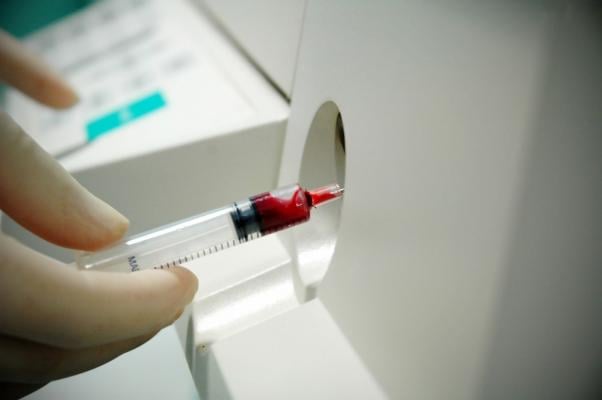 April 10, 2014 — Patients presenting to the emergency department with an undetectable level of the blood biomarker high-sensitivity cardiac troponin T, and whose ECGs (electrocardiograms) show no sign of restricted blood flow, have a minimal risk of heart attack within 30 days, according to research presented at the American College of Cardiology’s 63rd annual scientific session and published online in the Journal of the American College of Cardiology.

In a study of all patients (14,636 in total) reporting to a Swedish emergency department with chest pain over a two-year period from 2010 to 2012, researchers examined patients’ blood levels of high-sensitivity cardiac troponin T, a marker that indicates damage to the heart. Nearly 9,000 patients with an undetectable level of the biomarker, or less than 5 ng/L, on initial testing, and whose ECGs showed no heart damage from decreased blood flow, were included in the study to examine the primary endpoint of heart attack within 30 days. Researchers found that the negative predictive value of the tests — the probability that patients are not at risk — was 99.8 percent for heart attack and 100 percent for death. This relationship held true regardless of patients’ risk factors for heart attack or how long patients had experienced symptoms.

“Chest pain is a potentially life-threatening symptom, as well as being a very common one,” said Nadia Bandstein, M.D., department of medicine, Karolinska Institute, Solna, Sweden, and the lead investigator of the study. “In our hospital it’s the second most common symptom reported in the emergency department. Since there are no established ways to quickly rule out heart attack, many patients are admitted to the hospital unnecessarily, at a large cost to the patient and to society.”

According to Bandstein, this is the first large study to specifically examine the use of high-sensitivity cardiac troponin T to predict heart attack risk. The impetus for the study stemmed from the hospital clinicians’ observations that patients with undetectable levels of the marker who were admitted to the hospital almost never went on to have heart attacks or need any further work-up, and most went home within a day of admission.

High-sensitivity cardiac troponin T is a relatively new biomarker used in the diagnosis of heart attack and is detectable in the blood several hours before older methods of measuring troponins. Current guidelines recommend that high-sensitivity cardiac troponin T be analyzed at least three hours after the onset of chest pain, which commonly means that patients need to be admitted to the hospital for a second blood test and further evaluation. Bandstein says these study findings suggest that only one measure of the biomarker needs to be taken, and may allow some patients to be discharged directly from the emergency department.

“Despite our observations before the study, we were still surprised by the strength of our findings,” Bandstein said. “Using this blood test along with an ECG, we will save about 500 to 1,000 admissions per year in our hospital alone, allowing us to use the beds for sicker patients.”

Authors believe the study also has tremendous implications for the 10 million to 15 million patients in the United States and Europe who seek emergency treatment for chest pain each year.

During the 30 days of follow-up, 39 of the 8,907 patients were diagnosed with heart attack, and 15 of these patients showed no signs of damage on ECG. What this means, according to researchers, is that only one in 594 patients who seek medical attention for chest pain — but have no signs of heart damage on an ECG and undetectable levels of high-sensitivity cardiac troponin T — are actually at immediate risk of heart attack. The average age of patients in the study was 47, and 53 percent were women.

Bandstein recommends that further research be done to assess the risk of heart attack among patients with slightly higher levels of high-sensitivity cardiac troponin T (5-14 ng/L). It will also be important to look at the prognosis for patients diagnosed with heart attack based on slight elevations of the biomarker, she said.