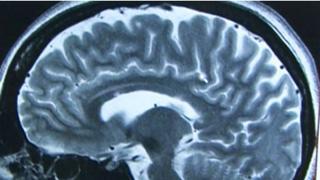 December 6, 2010 - A blood vessel dysfunction that is linked to cardiovascular illness also appears to play a role in the development of Alzheimer's disease. Supporting data from the study was published in Circulation Research: Journal of the American Heart Association.

Two distinct anomalies in the brain are hallmarks of Alzheimer's: neurofibrillary tangles, twisted fibers composed primarily of a protein called tau that arise inside neurons; and amyloid plaques, a buildup between neurons of protein fragments called amyloid beta peptides.

Previous research has found that people with multiple cardiovascular risk factors are also at greater risk for Alzheimer's. A central feature of those cardiovascular risk factors is a nitric oxide deficiency in the endothelium, the layer of cells lining the blood vessels. Nitric oxide is crucial in vasodilation - the widening of blood vessels - which improves blood flow and the delivery of oxygen and nutrients to surrounding tissue.

"If you look at any risk factor for cardiovascular disease - the standard risk factors like high cholesterol, diabetes, hypertension, smoking, sedentary lifestyle, aging - all of these have been associated with loss of nitric oxide in the endothelium, a condition known as endothelial dysfunction," said Zvonimir S. Katusic, M.D., Ph.D., senior author of the study and a professor of anesthesiology and pharmacology at the Mayo Clinic in Rochester, Minn.

Inhibiting eNOS triggered a series of biochemical effects that led to an increase in the production of amyloid precursor protein (APP). APP is the raw material for the plaques seen in the brains of Alzheimer's patients.

The quantity and activity of BACE1 also increased. BACE1 is an enzyme that cleaves APP to create the amyloid beta peptides that make up the plaques.

"Once you lose that basal nitric oxide, you see the increases in APP and BACE1, and the increase in amyloid beta generation," said Susan Austin, Ph.D., first author of the study and a postdoctoral research fellow at the Mayo Clinic.

The research team also studied tiny blood vessels in the brains of mice that had been genetically engineered to lack the eNOS enzyme. Those mice - which naturally have higher blood pressure and are prone to insulin resistance - had about a 50 percent reduction in nitrates and nitrites, indirectly reflecting nitric oxide production. The eNOS-deficient mice also showed higher levels of amyloid beta peptide in the brain, along with more APP and BACE1.

The study suggests that preserving a healthy blood vessel wall is important in ultimately preventing Alzheimer's disease, Katusic said. "On the cardiovascular side we've known for some time that preservation of healthy endothelium is critical to prevent major cardiovascular events. Now it seems this may have important implications for cognitive impairment."

The research could help explain, for instance, how exercise benefits cardiovascular health and the aging brain, Katusic said. Previous research has shown that exercise can delay or prevent cognitive impairment.

"There is a lot of literature showing that every time you exercise, you stimulate the endothelium to produce more nitric oxide," Katusic said. "What we have identified in this paper may help explain the reported (cognitive) benefit of exercise."