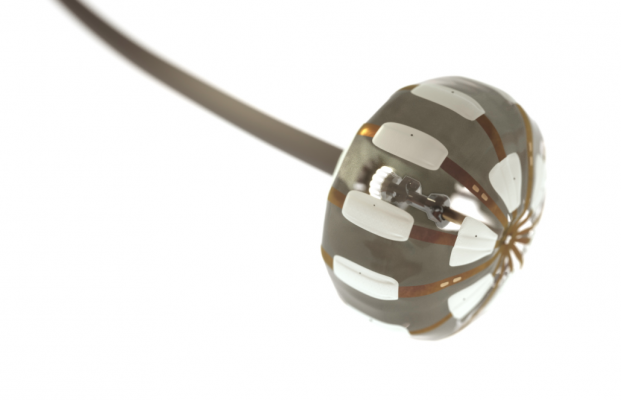 October 2, 2017 — Boston Scientific announced a definitive agreement to acquire Apama Medical Inc., a privately-held company that is developing the Apama Radiofrequency (RF) Balloon Catheter System for the treatment of atrial fibrillation (AF). The deal calls for $175 million in cash up-front and a maximum of $125 million in contingent payments over the period of 2018-2020, based on achievements of clinical and regulatory milestones.

AF, a common heart rhythm disorder estimated to affect more than 33 million people worldwide,[1] is commonly treated with anti-arrhythmic drugs as well as cardiac ablation – the process of delivering energy to the areas of the heart muscle causing an abnormal rhythm. The standard of care in AF ablations is pulmonary vein isolation (PVI) – the application of energy to create lines of scar tissue around the pulmonary veins in the left atrium to block unwanted electrical signals that trigger AF. PVI is currently performed using two different technologies: point-by-point RF-based ablation and single-shot balloon-based ablation.

The Apama RF balloon – a single-shot, multi-electrode technology – is designed to combine the primary benefits of both RF point-by-point and balloon-based ablation approaches, notably the ability to deliver differentiated levels of energy and shortened procedure times. The technology incorporates built-in digital cameras with LED lights and sensing electrodes on the balloon which allow for real-time visualization and assessment of catheter electrode contact. This is intended to provide physicians with higher confidence of effective energy delivery and the ability to customize the amount of energy delivered around the circumference of the balloon, while further reducing procedure times when compared to existing balloon technologies.

"The acquisition of Apama further advances our continued investment in the electrophysiology category, and, upon commercialization, would broaden our portfolio of differentiated arrhythmia solutions," said Joe Fitzgerald, president of rhythm management, Boston Scientific. "We are also excited about the ability to integrate the Apama RF balloon system with our Rhythmia HDx Mapping System to provide physicians with an unprecedented visualization of the heart during ablation procedures."

"Study results reinforce the Apama RF balloon is an advancement in single-shot technology for PVI and can provide physicians with greater control and efficiency when performing AF ablations," said Kenneth Stein, M.D., senior vice president and chief medical officer, rhythm management and global health policy, Boston Scientific. "We look forward to continuing the development and commercialization of this novel ablation solution to treat both paroxysmal and persistent AF."

The Apama RF balloon is currently being studied in clinical trials in Europe to serve as the basis for CE mark approval, which is expected in late 2018.

Apama is based in Campbell, California, with approximately 40 employees.

The acquisition is projected to close during the fourth quarter of 2017, subject to customary closing conditions.

The Apama RF Balloon Catheter System is a concept device and not available for sale.