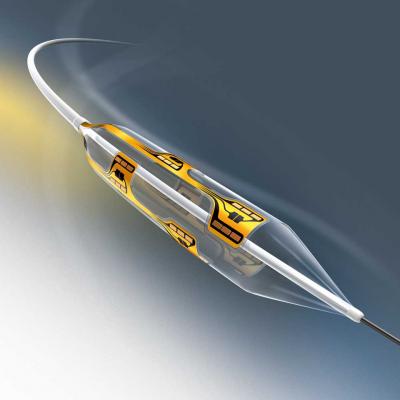 May 4, 2015 — Boston Scientific Corp. is taking a new approach to evaluate the performance of the Vessix Renal Denervation System, initiating a study to isolate the effects of the therapy in patients with high blood pressure.

The first patient in the REDUCE-HTN: REINFORCE study was enrolled this week at Cardiology P.C. at Princeton Baptist Medical Center in Birmingham, Alabama, by Farrell Mendelsohn, M.D., site principal investigator, and referred by Michael Wilensky, M.D.  Boston Scientific received an investigational device exemption (IDE) for the study from the U.S. Food & Drug Administration (FDA) in December.

REDUCE-HTN: REINFORCE is a randomized, sham-controlled, multicenter study designed to isolate and demonstrate the effects of the Vessix Renal Denervation System by minimizing variability and factors that may have affected results in a competitive technology trial last year. Similar to pharmaceutical early effectiveness studies, patients in the study will undergo a four-week washout period prior to enrollment in which they will stop taking all hypertension medications.

The REDUCE-HTN: REINFORCE study will enroll 100 patients. The primary efficacy assessment is the mean reduction in average 24-hour ambulatory systolic blood pressure (ASBP) at eight weeks post-randomization. First results may be obtained in the first half of 2016.

"Previous results of renal denervation studies have been affected by a focus on patients with the difficult-to-define condition of treatment-resistant hypertension, made even more complex by uncertainties regarding their use of hypertension medications," said Michael Weber, M.D., co-principal investigator and professor of medicine, SUNY Downstate College of Medicine, Brooklyn, NY. "We need to find clarity, and we believe this innovative study design will enable us to do so."

The Vessix System is a differentiated and advanced renal denervation system using a multi-electrode bipolar catheter designed to reduce procedural variability. It features a 30-second treatment time and an over-the-wire, balloon-based approach familiar to most cardiac and vascular specialists. The Vessix System has both CE Mark and Australian Government, Therapeutic Goods Administration (TGA) approval and is available for sale in Europe, the Middle East, Australia, New Zealand and select markets in Asia. The Vessix System is an investigational device and not available for sale in the United States.