Study will enroll up to 1,500 patients at 65 sites to help doctors provide evidence-based treatment 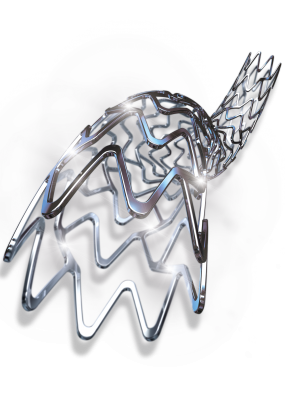 Historically, large-scale clinical trials in cardiology have had a disproportionately low inclusion of women and non-white patients. As a result, physicians have had little data on which to base their clinical decisions when treating these patients. The PLATINUM Diversity trial is aligned with recent actions taken by the FDA, including implementation of FDASIA 907: Inclusion of Demographic Subgroups in Clinical Trials, and with the Boston Scientific “Close the Gap” education initiative, which aims to promote health equity and ensure all patients receive optimal health care regardless of age, gender, race, ethnicity or primary language.

"Creating a treatment plan specifically tailored to underrepresented populations has long been a challenge in clinical practice due to the lack of specific outcomes data from cardiovascular clinical trials," said Roxana Mehran, M.D., director of interventional cardiovascular research and clinical trials at Icahn School of Medicine at Mount Sinai Medical Center and principal investigator. "I am excited to be part of a trial that aims to fill the data demographic gap in the stent space and provides physicians with additional knowledge to make the best treatment decisions possible for their patients."

The PLATINUM Diversity trial is an observational, prospective, multicenter, open-label, single-arm, post-approval study that will enroll up to 1,500 patients from understudied populations — specifically women, black Americans, Latinos/Hispanics, American Indians or Alaska Natives — at up to 65 sites in the United States. The primary study endpoint is the rate of the composite of death, myocardial infarction and target vessel revascularization through 12 months. Initial data are expected to be available in 2016.

"The number of minority and female patients participating in clinical trials is often not representative of disease epidemiology," said Batchelor. "Since different populations may respond differently to various therapies, it is important that we generate data to help clinicians make evidence-based treatment decisions for all patients."

According to the U.S. Centers for Disease Control and Prevention, cardiovascular disease is the leading cause of death for all Americans, including women and minorities. Despite this reality, women represent less than one-third of those in cardiovascular trials conducted since 2006; black Americans represent about 12 percent of the United States’ population, yet they comprise just five percent of patients in clinical trials.

"We know that more women are dying from heart disease than any other cause.  WomenHeart is advocating that the FDA implement strategies to ensure appropriate representation of women in clinical research and that results from trials be analyzed, reported by sex and easily accessible," said Lisa M. Tate, chief executive officer of WomenHeart: The National Coalition for Women with Heart Disease. "Doctors and patients can't assess which treatment is best if meaningful data for women are not available."