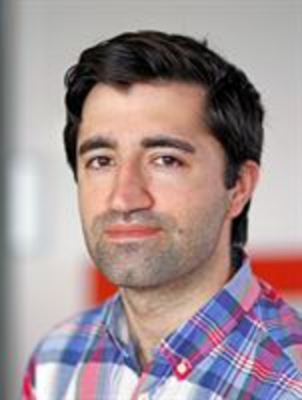 September 9, 2022 — The probability of surviving sudden cardiac arrest outside hospital has more than doubled in 30 years. This is shown by a national Swedish register study covering more than 130,000 cases.

Sudden cardiac arrest affects some 10,000 people in Sweden annually. Saving them is a race against the clock, and the actions of bystanders who can perform cardiopulmonary resuscitation (CPR) and use a defibrillator are entirely crucial. Three in four events occur as people go about their everyday lives, while only one in four takes place in hospital.

The outcome of sudden cardiac arrest is usually fatal, regardless of where it happens. The condition is also the most common cause of death for people with diabetes, heart failure, or coronary artery disease, making it a widespread form of ill-health.

“This is a comprehensive study that describes care and survival following sudden cardiac arrest. It’s a detailed report that clarifies three decades’ resuscitation in Sweden as a whole, and it shows that the situation has been changing rapidly for patients and the care providers alike,” he notes.

The findings show that for OHCA, survival more than doubled in 1990–2020 to approximately 11 percent. This whole improvement occurred in the late 1990s and early 2000s, and that no further rise in survival has taken place over the past decade.

For IHCA, survival rose by a factor of 1.2 in the period from 2004 to 2020, reaching about 35 percent. This improvement occurred largely from 2010 on and, according to the researchers, was due to better skills and resources in healthcare.

"In out-of-hospital cardiac arrest,” Rawshani says, “the rise in the number of people trained to perform CPR is probably the driver of that positive trend. Millions of Swedes have been trained in this vital skill, which can come in useful at any time, and these people intervene ever more often. Today, nonprofessionals (bystanders) start the CPR in the majority of all cases of cardiac arrest outside a hospital.”

“The upward trend of out-of-hospital survival came to an end for several reasons,” Rawshani continues. “First, the ambulances aren’t managing to arrive in time for the patients; the delays in getting to them have constantly increased. Second, the proportion of patients who are relatively easy to resuscitate ­­­­— that is, those whose heart stops because of acute or chronic coronary artery disease ­­­­— has fallen dramatically in the past few decades.”

The fact that hard-to-treat cases ­­­­— with cardiac arrests caused by lung disease or heart failure, for example — are a growing category means that successful resuscitation will become harder to achieve in the future. What is more, women are overrepresented in this category, which explains the survival gap between the sexes. In 2020 almost 14 percent of the men, against some 8 percent of the women, survived OHCA.

“The study indicates that health care, from the emergency measures taken by paramedics to post-resuscitation nursing, is set to face new and daunting challenges in the years ahead, with a patient population who will get increasingly difficult to resuscitate.

Lay Rescuers who do CPR are Heroes and Survivors