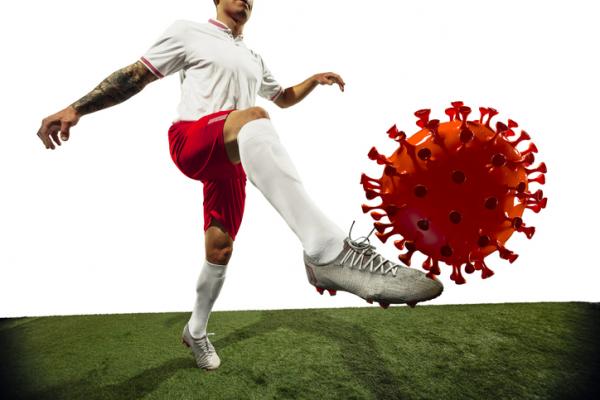 January 11, 2021 — In a letter published in the December issue of the American Heart Association (AHA) medical journal Circulation a group of researchers at Vanderbilt University Medical Center (VUMC) dispute the most recent findings of the incidence of myocarditis in athletes with a history of COVID-19 (SARS-C0V-2).[1]

The Vanderbilt study, COVID-19 Myocardial Pathology Evaluation in AthleTEs with Cardiac Magnetic Resonance (COMPETE CMR), found a much lower degree of myocarditis in athletes than what was previously reported in other studies.

"The differences in the findings are extremely important. The whole world paused after seeing the alarmingly high rates of myocardial inflammation and edema initially published," said Dan Clark, M.D., MPh, first author of the report, instructor of Cardiovascular Medicine, and a adult congenital heart disease fellow. "Our study evaluated 59 Vanderbilt University athletes and compared them to a healthy control group as well as a group of 60 athletic controls.

"The degree of myocarditis found by cardiac MRI in Vanderbilt athletes was only 3%, which is really good news," said Clark. "Since our first evaluation, we have screened almost double that number and the same findings are holding true.

"But there was also a piece of disappointing news," he said. "None of the other screening tests helped us to identify the athletes with myocarditis, and none of those athletes had experienced symptoms of COVID.

"Initially, we hoped that the standard screening tests for athletes would be definitive because we wanted something that was widely available and quick," said Clark. "We hoped that a cardiac MRI would only be used if absolutely necessary.

"However, their blood work, clinical exams, EKG, echocardiograms and other cardiovascular screening were normal. All of those traditional screening results would have led us to agree to allow some athletes to participate in a sporting event or practice, while the MRI told a different story."

Myocarditis is a disorder of abnormal inflammation of the heart muscle and is a leading cause of sudden cardiac death among athletes. The findings highlight the importance of considering cardiac MRI in addition to traditional screening measures to detect myocarditis.

It is well documented that COVID-19 may affect the heart.

"Our data also demonstrated more scarring in healthy heart muscle than we would have thought," Clark said.

Those findings led the group to dig deeper and compare a healthy, athletic population with normal cardiac MRI values against those who had recovered from COVID.

"This particular piece of information is very important to share - myocarditis after COVID-19 tends to be in a similar spot," he said. "Without the knowledge that this area of scarring is common in healthy athletes, clinicians could attribute the scarring to consequences from COVID-19. Those assumptions might unnecessarily restrict some athletes from competition."

Clark says his team's findings suggest that the addition of cardiac MRI as an assessment tool for athletes may be very helpful in determining safe return-to-play guidelines.

COMPETE CMR is the first study that the group is aware of to use an appropriate athletic control group to assess athletes after COVID-19.

"Myocarditis among recovering COVID-19 athletes is less common than previously reported," said Clark. "We also want to highlight that the comparison to a healthy athletic control group without COVID is critically important to show that many changes on a cardiac MRI are related to athleticism and not COVID-19. However, despite the lower incidence of myocarditis than expected, cardiac MRI remains a very useful tool for evaluating competitive athletes prior to a return to sports."