Studies find 15 percent of all heart attack and stroke patients and 9 percent of CABG patients were uninsured before passage of the Affordable Care Act. 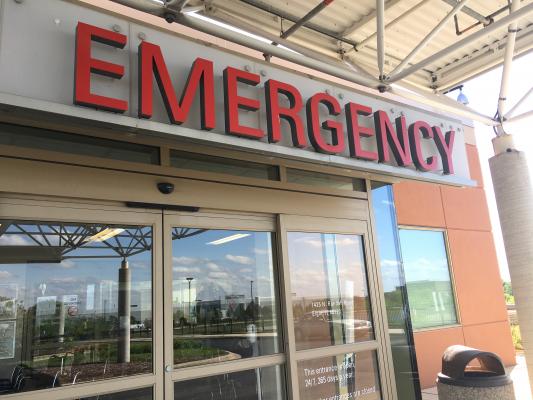 November 25, 2017 — The majority of patients without health insurance who were hospitalized for heart attack, stroke or coronary artery bypass graft (CABG) surgery experienced catastrophic healthcare expenses before passage of the Affordable Care Act, according to preliminary research presented at the 2017 American Heart Association (AHA) Scientific Sessions.

Using data from the National Inpatient Sample, the largest publicly available all-payer inpatient healthcare database in the United States, research reported in presentation 293 found that 15 percent of all heart attack and stroke patients were uninsured during the study period 2008-2012. Using the same data set, research reported in poster presentation T5082 found that 9 percent of patients who underwent CABG were uninsured during the study period 2008-2012.

The researchers, who collaborated on the studies, found that among this group of uninsured people, hospital bills exceeded the threshold for a catastrophic health expenses for:
• 85 percent of heart attack patients;
• 75 percent of stroke patients; and
• 83 percent of CABG patients.
• During the years of the study, the median hospitalization charges for heart attacks were $53,384; strokes were $31,218. The cost for coronary artery bypass surgeries ranged from $85,891-$177,546.

Catastrophic health expenditures were defined as hospitalization expenses that exceeded 40 percent of annual income after eliminating the cost of food. For many these medical costs make it difficult to pay for housing, transportation and other essential expenses. Annual patient income was determined using data from the U.S. Census and food costs were estimated from the U.S. Bureau of Labor Statistics.

“Medical bankruptcy is the leading cause of bankruptcy in the United States,” said Rohan Khera, M.D., first author of the study that examined hospitalization expenses of heart attack and stroke patients and a cardiology fellow at the University of Texas Southwestern Medical Center in Dallas, Texas. “Until there is universal insurance coverage, a catastrophic health experience is very likely to turn into a catastrophic financial experience as well.”

Heart attacks, strokes, and CABG — a surgery that reroutes blood around clogged coronary arteries and improves the supply of blood and oxygen to the heart muscle— are major, unanticipated healthcare events that require immediate and often costly treatment. The financial burden of heart disease treatment is well documented for patients with health insurance, but little is known about the financial implications for uninsured patients who need care.

“Catastrophic health expenses are an important factor for physicians to consider, and should be thought of as an adverse effect when hospitalization is required for uninsured patients in the United States,” said Jonathan C. Hong, M.D., first author of the study that analyzed hospitalization expenses for CABG and a cardiac surgery resident at the University of British Columbia in Vancouver, Canada.

“The majority of uninsured patients undergoing CABG will experience significant financial hardships that are often unexpected and difficult to plan for,” Hong said. “Health policy that expands insurance coverage can help mitigate the economic burden for this life-saving procedure among this patient population.”

The National Heart, Lung, and Blood Institute and the National Center for Advancing Translational Sciences funded the heart attack and stroke study.