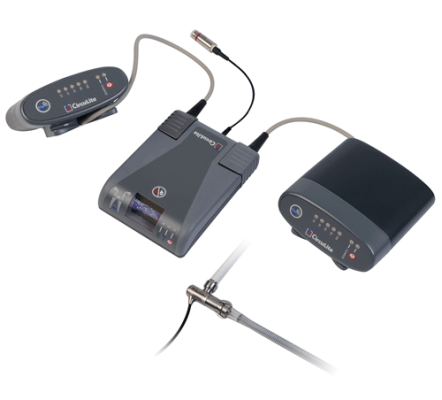 October 1, 2012 — CircuLite Inc. announced that the latest data from patients enrolled in the company’s CE mark trial of the Synergy Circulatory Support System were presented Sept. 10 in a “Late-Breaking News” podium presentation at the 16th annual scientific meeting of the Heart Failure Society of America. The presented data focused on results from the most recently implanted patients who received the optimized version of the system. Results from these patients strengthened prior findings indicating that implantation with Synergy resulted in significant, sustained improvements in hemodynamics and exercise tolerance. Synergy, which recently received CE mark approval in Europe, is a micropump designed to halt the progression of heart failure and to improve symptoms and exercise tolerance. By working with the heart’s native pumping capacity, the Synergy system is specifically targeted for treatment of ambulatory heart failure patients (INTERMACS 4, 5, 6/NYHA III and early IV) who remain symptomatic despite standard medical management.

“Beyond the hemodynamic and quality of life improvements that we have seen, we have also observed that the simple, off-pump mini-thoracotomy procedure used to implant Synergy allows for potentially quick recovery, with patients often being extubated within hours post-implant and typically ambulatory within one to two days post-implant,” said Daniel Burkhoff, M.D., Ph.D., medical director of CircuLite and adjunct associate professor of medicine at Columbia University. “The data continue to support the belief that Synergy holds significant potential to benefit ambulatory heart failure patients who are symptomatic but not sick enough to justify the risks associated with more invasive assist devices.”

Session moderator Robert L. Kormos, M.D., director of the Artificial Heart Program and co-director of heart transplantation at the Heart and Vascular Institute at the University of Pittsburgh Medical Center, said, “Dr. Burkhoff emphasized the improved results achieved with the latest, optimized version of this unique, minimally invasive support system for the treatment of congestive heart failure. The trial results suggest lower rates of adverse events such as bleeding, infection and right heart failure can be achieved with smaller, less invasive systems such as Synergy.”

“We continue to gain clinical validation for the Synergy system following our recent receipt of CE marking approval in Europe,” said Paul Southworth, president and CEO of CircuLite. “We believe that Synergy’s clinical benefits, combined with the potential cost benefits that may result from the minimally invasive procedure and rapid patient recovery, will contribute greatly to its commercial potential as we begin a controlled European launch later this year and plan a U.S. investigational device exemption (IDE) trial to begin in late 2012 or early 2013.”

A total of 59 patients at nine clinical trial sites in Europe have been implanted with the Synergy system to date; however, the presented findings focused on the 20 most recently implanted patients who received the optimized version of the system. Hemodynamic improvements were significant and sustained, as measured by cardiac output (3.9±0.9 to 4.8±0.9 L/min) and capillary wedge pressure (28±8.0 to 15.1±5.0 mmHg) a median of 3 months after implant. Additionally, results demonstrated improved exercise tolerance, as measured by peak VO2 (10.6±2.9 to 12.6±2.4 ml O2/kg/min) and six-minute walk (301±146 to 439±63.6 meters). Patients implanted with Synergy also demonstrated improvements in quality of life, as measured by the Minnesota Living with Heart Failure Questionnaire (71±5.0 to 38±23.0). These improvements were accompanied by an adverse event rate during the first 30 days post-implant that was relatively lower than reported for standard full support ventricular assist devices (VADs).