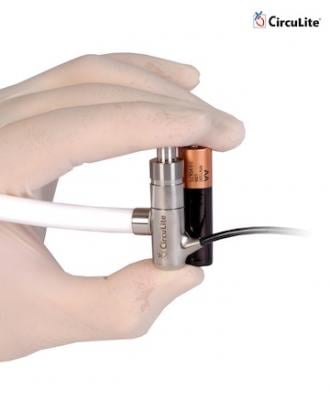 CircuLite Inc. announced that it has received CE Marking approval for the Synergy Circulatory Support System, a micro-pump designed to halt the progression of heart failure. By working with the heart’s native pumping capacity, Synergy is specifically targeted for treatment of ambulatory heart failure patients (INTERMACS 4,5,6 / NYHA IIIB and early IV) who remain symptomatic despite standard medical management.

CE marking approval was based on positive clinical results from 44 patients in an ongoing, multi-center European trial, recently presented at the International Society for Heart and Lung Transplantation (ISHLT) meeting. A total of 59 patients have been implanted with the Synergy System in the CE mark trial at nine European centers.

“There is currently a gap in the treatment of heart failure, with no satisfactory options available for patients who are not responding to standard medical therapy. Synergy, with its small size, minimally invasive procedure and relatively fast procedure time, is ideally suited for these patients,” said Bart Meyns, M.D., Ph.D., professor and chief of cardiac surgery at Gasthuisberg University Hospital and principal investigator of CircuLite’s clinical study. “In my experience with this technology, the results have been remarkable. Patients typically recover from the procedure quickly and are soon after able to perform many activities that they could not do before. This technology allows me to provide a new treatment strategy for a large number of patients who previously had no definitive options.”

“The European approval of Synergy is a significant milestone both for CircuLite and, more broadly, for the treatment of heart failure,” said Paul Southworth, president and chief executive officer of CircuLite. “Synergy changes the paradigm of heart failure treatment for those who are not responding to standard medical management by working as a complement to the heart’s function. The benefits are multifaceted—patients feel better, recover rapidly and are discharged quickly—which provides the potential for a cost reduction impact for hospitals. With CE marking in place, we will begin a controlled launch of this groundbreaking advancement in select European markets.”