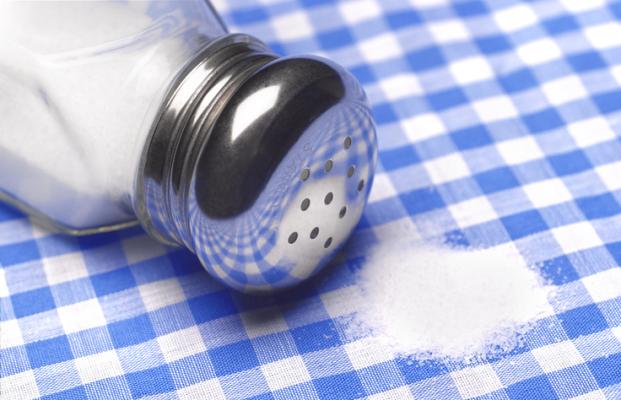 April 12, 2022 – Nutrition counseling and strictly limiting salt intake for one year in patients with heart failure resulted in improved quality of life and a slowing in the progression of the disease, but a study presented at the American College of Cardiology’s (ACC) 71st Annual Scientific Session found reducing salt intake did not significantly reduce major adverse events or hospitalizations.

The SODIUM-HF trial, which is the largest and longest randomized clinical trial to study dietary sodium reduction for heart failure, did not meet its primary endpoint—a composite of all-cause death and cardiovascular hospitalizations or emergency department visits. However, researchers said the improvements seen in secondary outcomes suggest that limiting sodium intake could be helpful for some patients.

“While the intervention didn’t reduce clinical events, we found the low-sodium group had modest improvements in quality of life and New York Heart Association heart failure class, which we think will be quite important and valued by patients and clinicians alike,” said Justin A. Ezekowitz, MBBCh, professor of medicine at the University of Alberta, Edmonton in Canada, and the study’s lead author. “We need to explore further whether there might be a way to individualize recommendations from our trial to see if the quality-of-life benefits might make it worth it for certain patients [to reduce sodium intake].”

Heart failure is a chronic condition in which the heart muscle becomes too weak to pump blood effectively. Some medical therapies can help slow heart failure progression, but many patients continue to experience a worsening quality of life with symptoms such as swelling, fatigue and coughing, along with a high risk of hospitalization and other cardiovascular problems. Although patients with heart failure have traditionally been advised to limit the amount of salt in their diets, to date there has been limited scientific evidence to back up this advice.

Half of the study participants were randomly assigned to receive usual care while half received nutritional counseling tailored to their dietary patterns, including menus reflecting locally available foods. Researchers calculated each participant’s average daily sodium intake based on frequent three-day food questionnaires throughout the study.

At the end of the year-long study, researchers compared rates of death from any cause, cardiovascular hospitalization and cardiovascular emergency department visits in the two study groups, the study’s primary endpoint. The total number of these events was numerically lower in the group receiving the nutritional intervention, but this difference was not statistically significant, even after adjusting for slight differences in the baseline demographic and health-related differences between the two groups.

“All three scores were significantly better in the low-sodium group compared to the usual care group, and these improvements in quality-of-life scores were consistent across all the assessments and across time,” said Ezekowitz, who is also director of cardiovascular research at the University of Alberta and co-director of the Canadian VIGOUR Center. “This improvement was quite marked compared to other clinical trials, for example, trials for pharmacological interventions.”

Patients receiving the intervention also had a better New York Heart Association heart failure class—a measure of heart failure severity—than those receiving usual care. There was no statistically significant difference in the distance patients were able to walk in six minutes, although there was a trend toward longer walking times among those who received the intervention.

Ezekowitz said that the two study groups showed no significant changes in terms of body weight during the study, but additional analyses are underway to assess participants’ dietary intake for nutrients or dietary components other than sodium. He added that further study would be needed to determine whether a more drastic reduction in sodium intake might have a greater impact on health outcomes or whether certain subgroups of patients might derive greater benefits based on the severity of their disease and quality of life. A longer follow-up period could also potentially reveal longer-term differences in clinical outcomes. The researchers plan to continue the study and assess outcomes at 24 months.

Current dietary guidelines in the U.S., including the 2019 ACC/American Heart Association Guideline on the Primary Prevention of Cardiovascular Disease, recommend limiting sodium but do not specify a target daily amount. Guidelines in the U.S. and Europe previously recommended limiting dietary sodium intake to 2,400 mg per day.

This study was simultaneously published online in The Lancet at the time of presentation. The study was funded by the Canadian Institutes of Health Research, the University Hospital Foundation and The Health Research Council of New Zealand.