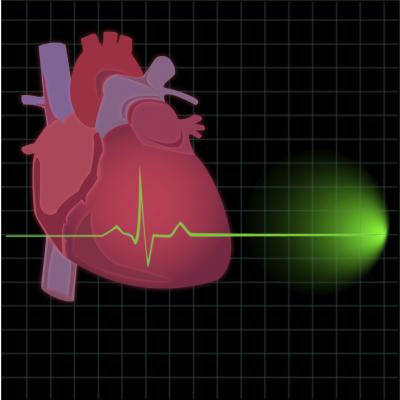 March 20, 2018 — Treatment with the blood-thinning drug dabigatran significantly reduced the risk of death, heart attack, stroke and other heart or blood-vessel complications among patients who were at elevated risk for these events because of heart damage that occurred after major noncardiac surgery, according to the results of the MANAGE Trial presented at the American College of Cardiology’s 67th Annual Scientific Session.

In the first randomized controlled trial to evaluate a treatment for a condition dubbed myocardial injury after noncardiac surgery (MINS), researchers found that patients treated with dabigatran twice daily were 28 percent less likely to die, have a heart attack or stroke, develop blood clots or need an amputation due to cardiovascular disease, compared with patients who received a placebo.

“We have shown for the first time that dabigatran reduces the risk of major cardiovascular complications and offers an option for improving outcomes in a large at-risk population who have MINS,” said P.J. Devereaux, M.D., Ph.D., director of cardiology at McMaster University in Hamilton, Canada, and lead author of the study.

This study builds on research that Devereaux and his colleagues presented at the American College of Cardiology’s 66th Annual Scientific Session in 2017 showing that MINS may account for about 1 in 4 deaths during the first 30 days after surgery. That research also showed a blood test for a protein called high-sensitivity troponin T, which is released into the bloodstream when injury to the heart occurs, can identify patients with MINS whose lives could potentially be saved with timely treatment.

Most cases of MINS currently go undetected, Devereaux said, because at present it is not standard practice in most centers to monitor blood levels of troponin in patients who had major noncardiac surgery. Devereaux said he is hopeful this will change now that this study has shown treatment with dabigatran can improve outcomes for patients with MINS.

“Our findings reaffirm that patients who develop MINS are at high risk for bad outcomes,” he said. “We owe it to our patients to identify this risk and do what we can to reduce it.”

The study enrolled 1,754 patients in 19 countries, 51 percent of whom were men, with an average age of 70 years. The primary efficacy outcome was the combined rate of death from a cardiovascular cause, heart attack, stroke due to inadequate blood supply, blood clots or amputation due to cardiovascular disease. The primary safety outcome was the combined rate of life-threatening, major and critical organ bleeding. During the study, patients, health care providers and research staff were blinded to which group received dabigatran and which received a placebo.

After an average follow-up of 16 months, 11.1 percent of patients treated with dabigatran experienced one or more of the primary efficacy outcome events, compared with 15.2 percent of patients who received a placebo. This translates to a 28 percent reduction in risk for patients receiving dabigatran.

There were no statistically significant differences between the two groups in life-threatening, major or critical organ bleeding. Compared with the placebo group, however, more patients in the dabigatran group experienced bleeding in the lower gastrointestinal tract and minor bleeding.

An increased risk of bleeding is an expected complication of treatment with a blood-thinning medication.

“It’s encouraging that we did not see an increase in major or life-threatening bleeding in patients on dabigatran,” Devereaux said.

Researchers noted that while nearly all patients (98.9 percent) completed follow-up, 45.3 percent of those on dabigatran had discontinued the study drug. The most common reason for drug discontinuation was patient request; however, 14 percent of these patients had a major complication (e.g., heart attack, stroke, bleeding). According to Devereaux, analyses that counted patients up to seven days after they discontinued the study drug showed even larger treatment effects, with 46 percent reductions in major cardiovascular complications with dabigatran and no excess of life-threatening, major or critical organ bleeding.

Devereaux said that future research is needed to evaluate other treatment options for this high-risk group of patients.