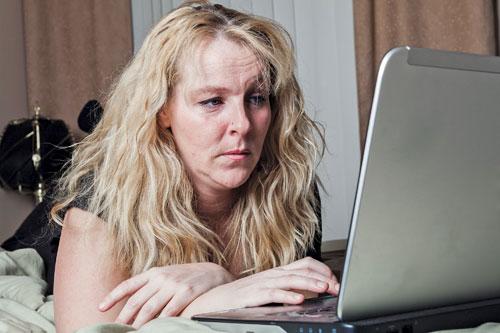 March 27, 2018 — Depression may increase the risk for atrial fibrillation, the most common heart rhythm disorder that can lead to blood clot formation and stroke, according to preliminary research. The findings were presented at the American Heart Association’s Epidemiology and Prevention | Lifestyle and Cardiometabolic Health Scientific Sessions 2018, March 20-23 in New Orleans.

Participants in the study who scored highest on a clinical screening test for depression as well as those taking anti-depressant medication had more than a 30 percent higher risk for developing atrial fibrillation than people with normal test scores and those not taking medications for depression.

The results suggest an association between two very common disorders, a finding that demands further research and greater awareness among both clinicians and patients, researchers said.

“Our findings identify a large portion of Americans who may be at an increased risk for developing atrial fibrillation and who may benefit from more targeted efforts to prevent this arrhythmia,” said study lead investigator Parveen Garg, M.D., M.P.H, assistant professor of clinical medicine at the Keck School of Medicine of the University of Southern California in Los Angeles. “If our findings are affirmed in future studies, especially those that formally assess for clinical depression, then we will need to see if treating depression may, in fact, lower the risk for atrial fibrillation.”

The findings stem from the national Multi-Ethnic Study of Atherosclerosis (MESA) study, which involved more than 6,600 people from various ethnic groups. Participants, average age 62, had no known heart disease at the onset of the study and were followed for a median of 13 years.

Exactly how depression disrupts heart function remains unclear, researchers said, but several possible mechanisms have been suggested. These include increased levels of inflammation as well as elevated levels of certain hormones that directly or indirectly interfere with the heart’s ability to stay in a normal rhythm.

The new findings add further credence to the notion that mental health and heart health are closely intertwined, underscoring previous research showing an association between depression and heart disease.

“Clinicians and patients should be aware that depression has been shown in several studies to be a risk factor for heart disease in general and, in this study, for atrial fibrillation as well,” Garg said. “Treating depression is important for many reasons including cardiovascular health.”

Atrial fibrillation occurs when the upper two chambers of the heart begin to quiver chaotically, compromising their ability to propel blood into the two lower chambers of the heart. When blood pools in the upper chambers, it can lead to clot formation, which in turn can cause a stroke. Untreated atrial fibrillation doubles the risk of heart-related deaths and is associated with a 5-fold increased risk for stroke.

More than 16 million adults in the United States suffer from depression, according to estimates from the National Institutes of Health. Atrial fibrillation, the most common heart-rhythm disorder, affects some 2.7 million Americans, according to the American Heart Association’s 2018 Heart and Stroke Statistical Update.