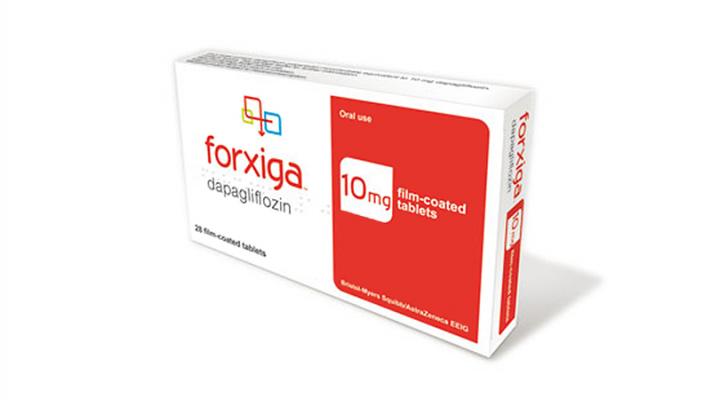 March 29, 2019 — The cardiovascular benefits of the diabetes drug dapagliflozin extend across a wide spectrum of patients and are especially pronounced in those with reduced ejection fraction, according to new research. The findings were presented at the American College of Cardiology’s (ACC) 68th Annual Scientific Session, March 16-18 in New Orleans.

The findings stem from the DECLARE-TIMI 58 trial, which reported in 2018 that dapagliflozin — part of a class of drugs known as SGLT2 inhibitors — reduced the composite primary endpoint of cardiovascular death and heart failure hospitalizations; this was mainly driven by the reduction in hospitalization for heart failure. The new analysis is the first to examine whether dapagliflozin’s benefits can be predicted based on left ventricular ejection fraction (LVEF), a measure of how effectively the heart’s left ventricle squeezes blood out of its chamber. Ejection fraction, typically evaluated using an ultrasound of the heart known as an echocardiogram, is a tool for objectively evaluating heart function and has been shown to predict how patients respond to other therapies.

“The use of the SGLT2 inhibitor dapagliflozin is beneficial in reducing hospitalizations for heart failure in patients with a broad range of left ventricular ejection fraction, but patients with reduced ejection fraction may derive an even greater benefit,” said Eri T. Kato, M.D., Ph.D., a cardiologist at Kyoto University Hospital and the study’s lead author. “The clinical implication of this finding is that ejection fraction is a strong tool to identify those who are at highest risk and may derive particular benefit from SGLT2 inhibitors.”

SGLT2 inhibitors improve the body’s ability to remove glucose from the bloodstream, helping to regulate blood sugar in people with diabetes. DECLARE-TIMI 58, conducted at 882 sites in 33 countries, enrolled more than 17,000 patients who had Type 2 diabetes, as well as either established cardiovascular disease or a high risk for cardiovascular disease. Patients were randomized to receive dapagliflozin or a placebo and followed for a median of just over four years.

Researchers compared rates of heart failure hospitalizations, cardiovascular death and all-cause mortality among patients with HFrEF and those without HFrEF. They found patients with HFrEF who took dapagliflozin were 38 percent less likely to be hospitalized for heart failure or die of cardiovascular causes compared with those taking placebo, a significantly greater reduction than the 12 percent drop in the likelihood of these events among patients who did not have HFrEF.

Patients who had HFrEF also showed a significantly lower rate of cardiovascular death and death from any cause, rates of which dropped by 45 percent and 41 percent, respectively, among those taking dapagliflozin compared to those taking placebo. Researchers did not observe these benefits in patients without HFrEF. Taking dapagliflozin reduced the rate of heart failure hospitalizations among all patients, regardless of ejection fraction or heart failure status.

Patients who have heart failure with reduced ejection fraction generally face a higher risk for cardiovascular events and death compared to those with normal ejection fraction. In the trial, these patients also showed a benefit from dapagliflozin in terms of heart failure hospitalizations earlier than the other groups, while the benefits took a year or more to appear in other groups. Noting that the interplay between diabetes and heart failure is complex and multifactorial, Kato said further studies are needed to understand the mechanisms driving these differences.

Researchers plan to further analyze the DECLARE-TIMI 58 data to understand dapagliflozin’s effects on metabolic, renal and cardiovascular outcomes. Other ongoing trials are investigating SGLT2 inhibitors in patients with heart failure, which should shed further light on the benefits observed in this study, Kato said.

DECLARE-TIMI 58 was funded by AstraZeneca. This study was simultaneously published online in Circulation1 at the time of presentation.