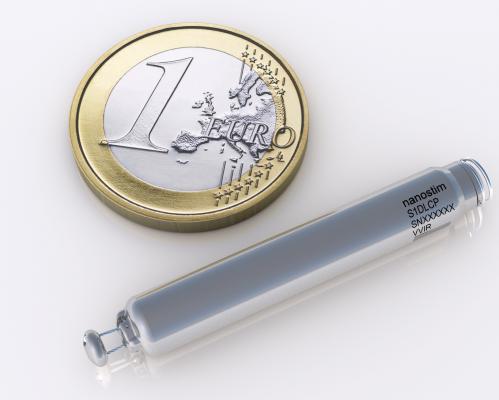 The LEADLESS Pacemaker Observational Study is a prospective, multi-center, post-market clinical study designed to build additional evidence to support the safety profile of the Nanostim leadless pacemaker in patients indicated for ventricular single chamber pacing. It will provide long-term data about the Nanostim leadless pacemaker and will seek to demonstrate additional information about the long-term performance of the device. The trial will enroll approximately 1,000 patients in approximately 100 centers in Europe.

The Nanostim leadless pacemaker is less than 10 percent the size of a conventional pacemaker. The small size of the device and lack of a surgical pocket, coupled with the exclusion of a lead, improves patient comfort and can reduce traditional pacemaker complications, including device pocket-related infection and lead failure. The device battery is expected to have an average lifespan of more than nine years at 100 percent pacing, or more than 13 years at 50 percent pacing.

The elimination of the visible lump and scar at a conventional pacemaker’s implant site, in addition to the removal of patient activity restrictions that may prevent the dislodgement or damage to a conventional lead, will potentially improve the quality of life for patients with this technology by allowing most to continue living active, uninhibited lifestyles. The device is supported by the St. Jude Medical Merlin Programmer, which is also used to interrogate and program the company’s other pacemakers and implantable cardioverter defibrillators (ICDs).

The first U.S. implant in the LEADLESS II pivotal trial, designed to evaluate the Nanostim leadless pacemaker for U.S. Food and Drug Administration (FDA) approval, took place in February 2014. The trial is being conducted under an Investigational Device Exemption (IDE) from the FDA, and will enroll approximately 670 patients at up to 60 centers worldwide with up to 50 sites in the U.S.