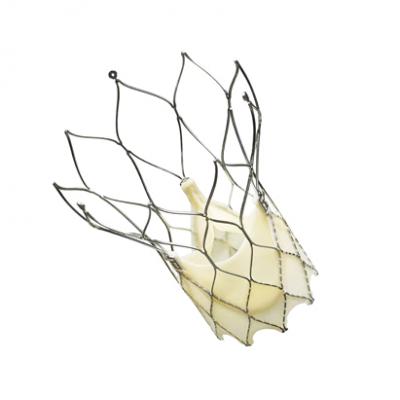 The approval follows a comprehensive review of the Portico system by the U.S. Food and Drug Administration (FDA) after St. Jude Medical temporarily paused implants of the valve worldwide in September 2014. The company decided to pause implants due to reports of reduced leaflet motion observations in patients implanted with Portico within the IDE study. The observation was subsequently identified in the study's control arm, which consisted of commercially-available TAVR valves.

Read more about the valve leaflet issue from the 2017 ACC presentation of the RESOLVE Trial.

St. Jude Medical's review found no excess rate of clinical events associated with the leaflet motion observation. The company's findings were then confirmed by independent reviews, which found reduced leaflet mobility is a class effect, present in TAVR and surgical valves across the industry. The data also confirmed that the observation is not linked to excess adverse clinical events, has not been shown to impact valve clinical performance and can be resolved by medical therapy.

Aortic stenosis is the third most prevalent form of cardiovascular disease in the western world after hypertension and coronary artery disease. Considered a potentially life-threatening condition, in patients suffering from severe aortic stenosis the aortic heart valve becomes calcified and does not open properly. TAVR procedures offer physicians an additional treatment option for patients who are considered too high of a risk to undergo open heart surgery.

The Portico system was developed to simplify TAVR procedures for physicians by improving control, ease of use and accuracy over other commercially-available TAVR valves. The system also offers the ability to be fully recaptured and repositioned prior to full deployment and release from the delivery system, allowing physicians to obtain optimal placement to improve patient outcomes.

"I'm very proud to work alongside a team of investigators that partnered with St. Jude Medical to prioritize patient safety and support the industry's current understanding of leaflet motion observations relative to transcatheter and surgical valves," said Raj Makkar, M.D., director of interventional cardiology at Cedars-Sinai Heart Institute in Los Angeles and a co-principal investigator for the Portico U.S. IDE. "I'm excited to be able to resume our IDE study and advance the evaluation of the Portico valve in the U.S."