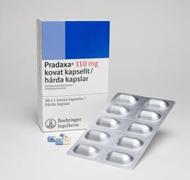 Pradaxa is an anticoagulant that acts by inhibiting thrombin, an enzyme in the blood that is involved in blood clotting. The safety and efficacy of Pradaxa were studied in a clinical trial comparing Pradaxa with the anticoagulant warfarin. In the trial, patients taking Pradaxa had fewer strokes than those who took warfarin.

“People with atrial fibrillation are at a higher risk of developing blood clots, which can cause a disabling stroke if the clots travel to the brain,” said Norman Stockbridge, M.D., Ph.D., director of the Division of Cardiovascular and Renal Products in the FDA’s Center for Drug Evaluation and Research. “Unlike warfarin, which requires patients to undergo periodic monitoring with blood tests, such monitoring is not necessary for Pradaxa.”

As with other approved anti-clotting drugs, bleeding, including life-threatening and fatal bleeding, was among the most common adverse reactions reported. Gastrointestinal symptoms, including an uncomfortable feeling in the stomach (dyspepsia), stomach pain, nausea, heartburn and bloating also were reported. 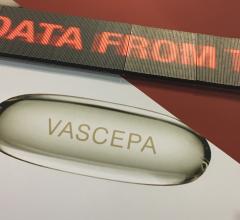