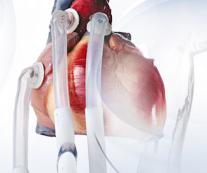 The Excor is a mechanical cardiac support system for critically ill pediatric patients suffering from severe heart failure. The system is designed to support pediatric patients of all age groups, from newborns to teenagers, and is intended to bridge patients awaiting heart transplantation from days to several months, until a donor heart becomes available. The VAD, which is also approved for use in Europe and Canada, is the only ventricular assist device that is designed specifically for the pediatric population to be approved in the United States.

"Being granted the approval to begin this study, we are now able to complete the final condition of the HDE approval,” said Bob Kroslowitz, president and CEO of Berlin Heart's North American operations. “As the Excor Pediatric had extensive use prior to the HDE approval (available to all North American sites who requested the device under compassionate use regulations), it is expected that the pre-approval and post-approval experience will be similar. With the continued support of our implanting sites, we hope to complete this study and satisfy the final condition of the HDE approval quickly."