Use of early identification protocol leads to higher survival and native heart recovery, as demonstrated in FDA studies 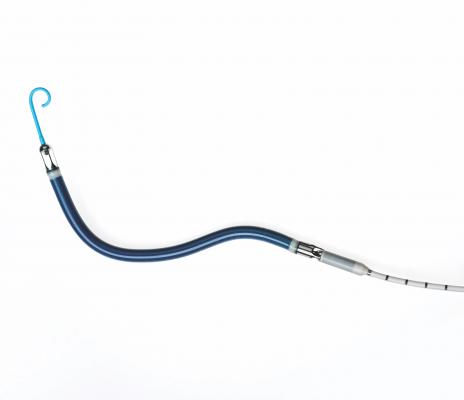 June 12, 2019 — In a letter sent to healthcare providers, the U.S. Food and Drug Administration (FDA) validates that Abiomed’s Impella RP heart pump is safe and effective for treatment of right heart failure.  The letter comes after the FDA examined the results from Abiomed’s 18-month post-approval study (PAS) of 42 Impella RP patients. The data shows a 64 percent survival rate and 90 percent heart recovery for the subgroup of PAS patients who met the enrollment criteria of Impella RP’s premarket clinical studies. That survival rate is, as the FDA writes in its letter, “similar to the premarket clinical stxudy survival rate,” which was 73 percent.

The FDA letter emphasizes the need for early patient selection, and determines late identification and treatment of cardiogenic shock as the root cause of differences between the survival rate in the pre-market study and the PAS. The FDA writes, “PAS patients who would not have qualified for the premarket clinical studies were more likely to have been in cardiogenic shock for longer than 48 hours, experienced a cardiac arrest, or suffered a pre-implant hypoxic or ischemic neurologic event before getting the Impella RP system implanted.”  Healthcare providers are encouraged to use the Impella RP checklist, which the FDA and Abiomed collaborated to develop, to assist with proper patient selection to optimize outcomes.

The FDA has no safety concerns about the Impella RP itself and noted the ongoing collaboration between the agency and Abiomed during this process, including interactive labeling updates around patient selection guidelines and best practices. The 18-month PAS report has been accepted by the FDA and is successfully closed.

Impella RP is the most studied right-sided device and the only percutaneous technology with FDA approval designating it as safe and effective for right heart support, according to Abiomed. Its exclusive FDA approval is a result of five years of research that included:

1. Humanitarian Device Exemption (HDE) study of surgical VAD is not powered for comparison but uses the same FDA protocol for right ventricular failure. HDE criteria to meet is safe and probable benefit, compared to safe and effective for PMA approval.