Study evaluatess safety, feasibility of unloading of the left ventricle with Impella CP in STEMI patients without cardiogenic shock 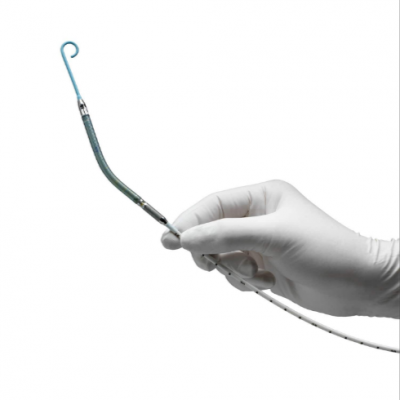 October 27, 2016 — Abiomed Inc. said the U.S. Food and Drug Administration (FDA)gave approval for a prospective feasibility study to evaluate the use of the Impella CP heart pump for unloading of the left ventricle prior to primary percutaneous coronary intervention (PCI) in patients presenting with ST-segment elevation myocardial infarction (STEMI), without cardiogenic shock. This trial will focus on feasibility and safety, and lay the groundwork for a future trial, designed to measure the impact that unloading may have on infarct size related to reperfusion injury, an acceleration of myocardial damage at the time of revascularization, in STEMI patients.

Impella percutaneous heart pumps are not currently approved for use in STEMI patients without cardiogenic shock. The STEMI patient segment is contributing to the growing heart failure population and represents a potential new patient indication that may benefit from Impella pump unloading the left ventricle.

STEMI is a type of heart attack caused by a blockage in one of the main heart arteries, preventing the flow of oxygen to the heart. It is estimated that 965,000 people a year have heart attacks,[1] of which approximately 200,000 are classified as STEMI.[2] The current standard of care is door-to-balloon (DTB), for the angioplasty balloon. The recommended treatment in guidelines for STEMI is revascularization (opening the blocked artery) to restore oxygen supply to the heart muscle through primary PCI within 90 minutes or less from the time of first medical contact.

Despite current guidelines, 76 percent of patients experiencing their first acute myocardial infarction (AMI), will develop heart failure within five years.[3] Additionally, within five years of a patient surviving their first heart attack, 36 percent of men and 47 percent of women will die due to heart failure.[1] It is estimated that the number of heart failure patients will grow to 8 million people by 2030 with enormous associated costs.[4] Survival from heart attacks has been improved by the successful DTB protocol, however, this treatment is speculated to be contributing to the growing epidemic of heart failure.

The study, "Door to Unloading (DTU) with Impella CP System in Acute Myocardial Infarction to Reduce Infarct Size," is a prospective, multi-center feasibility study led by principal investigators Navin K. Kapur, M.D., of Tufts Medical Center, and William W. O'Neill, M.D., of Henry Ford Medical Center. Up to 50 patients at 10 sites will be included in the study, which is expected to initiate in the first half of calendar 2017 and be completed within 18 months.

The primary endpoint of the study will assess infarct size as percent of left ventricular mass at 30 days post-PCI using a cardiac magnetic resonance (CMR) imaging technique. Patients will be randomized to Impella CP placement with immediate primary PCI, or to Impella CP placement with 30 minutes of unloading prior to primary PCI. This feasibility study is designed to evaluate safety and the protocol and not sized to show significant statistical difference.

"As clinicians and scientists, we appreciate the FDA's approval of this feasibility study," said Kapur. "And we are excited to further investigate whether mechanically reducing the workload of the heart before reopening a blocked coronary artery reduces myocardial damage and the subsequent development of heart failure."

"The majority of patients with large myocardial infarction involving the front wall of the heart develop congestive heart failure within five years," O'Neill said. "The process of reperfusion with primary PCI should be investigated with new therapeutic strategies targeting myocardial reperfusion injury, which may improve clinical outcomes for patients."

The study hypothesis, based on extensive mechanistic research, is that unloading the left ventricle prior to PCI reduces myocardial work load, oxygen demand and initiate a cardioprotective effect which attenuates myocardial damage caused by reperfusion injury at the time of revascularization.

The Impella CP is a percutaneous catheter-based blood pump that can be placed across the aortic valve into the left ventricle using a single femoral or axillary arterial access to support systemic circulation. The device pumps blood from the left ventricle into the ascending aorta at an average flow rate of 3.5 L/min.