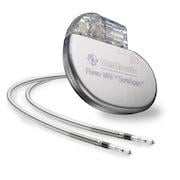 External pacemaker pulse generators are used temporarily to regulate a patient’s heartbeat until a permanent pacemaker can be implanted. They are also used following heart surgery or after a heart attack to control irregular heartbeats.

“The FDA has assessed the benefits and risks of external pacemaker pulse generators,” said Christy Foreman, director of the Office of Device Evaluation at the FDA’s Center for Devices and Radiological Health (CDRH). “The special controls outlined in this draft guidance, along with general controls, will assure the safety and efficacy of these devices and provide manufacturers with a more predictable path to market.”

General controls include requirements regarding good manufacturing practice; labeling; registering all establishments with the FDA; listing all devices to be marketed; and submitting a premarket notification [510(k)] before marketing a device.

However, general controls alone are insufficient to assure safety and effectiveness of Class II devices. In addition, Class II devices are also subject to special controls, which may include special labeling requirements, mandatory performance standards and postmarket surveillance.

External pacemaker pulse generators are “pre-amendment” devices, meaning they were on the market prior to the Medical Device Amendments Act of 1976. Approximately 100 pre-amendment device types were classified as Class III devices; many continued to be reviewed under the 510(k) program, however, because the FDA did not issue regulations requiring applications for premarket approval (PMAs).

In 2009, CDRH began the review process of the remaining Class III pre-amendment device types subject to 510(k) review to determine whether to reclassify them or require PMAs.

External pacemaker pulse generators are one of the 22 remaining Class III pre-amendment devices that have been regulated through the 510(k) premarket submission program, rather than the PMA program.

The proposed rule and draft special controls guidance do not significantly change the FDA’s review of external pacemakers pulse generators; they do, however, provide manufacturers with clarity and specific guidance on what information is needed in a 510(k) for these products.