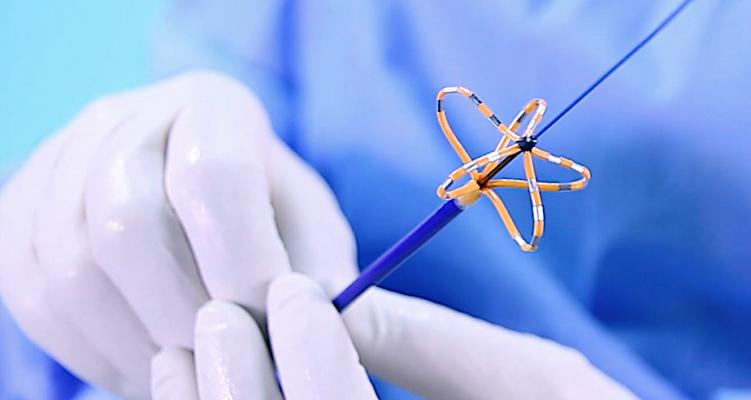 "The ADVENT Trial is uniquely positioned to change our field: it is not only the first pivotal trial of PFA but also the only randomized one approved to commence by the FDA.  I fully expect that when complete, this trial will provide definitive evidence for a change in how electrophysiologists treat patients with AF," Reddy said. "Mount Sinai Heart fosters innovation in medicine, evidenced by our first enrollments in this landmark clinical study."

"On the basis of our preclinical and clinical data beginning in 2013, Farapulse PFA represents a generational breakthrough in the treatment of AF," said Allan Zingeler, president and CEO of Farapulse. "We believe PFA will simplify the ablation procedure for physicians and increase its safety margin by practically eliminating many of the procedural risks associated with today's standard of care. We are eager to prove this in the ADVENT Trial, which will be conducted by more than 50 leading electrophysiologists across the U.S."

Ablation is a non-surgical procedure used to correct certain heart rhythm abnormalities such as AF. During an ablation procedure, a thin, flexible tube called a catheter is guided to the interior of the heart from the patient's groin. Traditionally, the tip of an ablation catheter generates extreme temperatures – hot or cold – to eliminate the targeted heart tissue associated with irregular heartbeats. The PFA system, however, relies on non-thermal electric fields that are tissue-selective. That is, PFA selectively ablates heart tissue without affecting other critical surrounding structures such as the esophagus or major nerves – an unfortunate potential downside of standard thermal ablation procedures. Based on European clinical trials, these electric fields have proven very effective in durably "silencing" abnormal heart signals, while reducing the risk of damage to other nearby tissues.

More than 170 patients have been treated with the Farapulse PFA system in European feasibility studies. Reddy and colleagues have published extensively on the Farapulse system, with key findings highlighted most recently in the July 2019 and September 2020 issues of The Journal of the American College of Cardiology.[1,2]

The ADVENT Trial is a randomized controlled trial that will involve at least 350 patients in over 30 U.S. centers. Patients will be randomized in a 1:1 fashion to either Farapulse PFA or standard ablation, using radiofrequency or cryoballoon ablation. The primary endpoint will be freedom from AF for twelve months after a single ablation procedure. Dr. Vivek Reddy, Director of Cardiac Electrophysiology for The Mount Sinai Health System, is the trial's Principal Investigator.

Today, all forms of cardiac ablation to treat arrhythmias are thermal. While both radiofrequency and cryo-ablation have evolved, they nonetheless carry an inherent risk of indiscriminate thermal damage.

The Farapulse PFA system, which includes Farawave, Farastar and Faradrive, received CE mark approval in January 2021 and is commercially available across Europe. In the U.S., the system is an investigational device.

AF is a heart rhythm disorder that affects nearly 6 million Americans and makes them five times more likely to have a stroke than individuals with a regular heartbeat.