SELUTION contains micro-reservoirs made out of biodegradable polymer intermixed with sirolimus. The micro-reservoirs, which are unique to the SELUTION Drug-Coated Balloon (DCB), provide controlled and sustained release of the anti-proliferative drug sirolimus, which is expected to provide a therapeutic effect in treating lesions over a prolonged period of time. This ground-breaking study is intended to demonstrate that SELUTION is the first DCB with sustained release of sirolimus to be effective in the treatment of both superficial femoral artery and popliteal artery lesions.

“In pre-clinical studies, this technology has demonstrated sustained sirolimus release for several months.  These findings gave us the confidence to initiate the FIM, whose results will permit comparison to previous studies of paclitaxel drug-coated balloons in the superficial femoral artery”, commented Principal Investigator Professor Thomas Zeller, Universitaets-Herzzentrum, Bad Krozingen, Germany.

“We are very excited to have completed patient enrollment in this important trial”, added Professor Klaus Brechtel, Franziskus Krankenhaus, Berlin, Germany. “Both I and my co-investigators participating in this study will now be working towards achieving a meaningful result”.

The objective of the FIM study is to assess the safety and efficacy of SELUTION in the treatment of lesions of the superficial femoral artery and/or the popliteal arteries, assessed at multiple time points through clinical, duplex ultrasound and/or angiographic assessment (six-month time point only). The SELUTION FIM Study is a prospective, controlled, multi-centre, open, single-arm clinical investigation.  The primary endpoint of the study is angiographic Late Lumen Loss at six months. Secondary endpoints include Major Adverse Events, Primary Patency, and angiographic Binary Restenosis.

“This FIM will pave the way for studies in other indications, such as below-the-knee (BTK) lesions, where a balloon coated with sirolimus may be safer and more effective than one coated with paclitaxel”, concluded Professor Zeller.

“We are delighted to have successfully completed enrollment for this FIM study on schedule”, said Med Alliance Chairman Jeffrey B. Jump. “This represents a significant milestone for the company”.

Primary endpoint results for the SELUTION FIM study are anticipated later this year, and will complete the documentation required to submit for award of a CE mark for the SELUTION sirolimus-coated balloon.

SELUTION is registered on clinicaltrials.gov, NCT02941224. 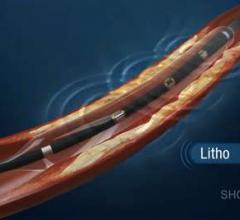