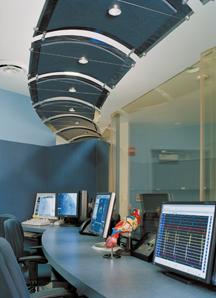 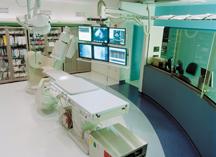 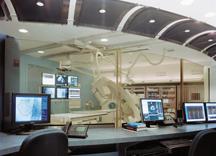 The system helps to streamline workflow, enhance patient safety, achieve clinical excellence and optimize financial performance. It also supports increased efficiency and accuracy by eliminating a great deal of manual and repetitive data entry, according to Nicole Blalock, lead applications support analyst in cardiac services for John Muir Health, based in Walnut Creek, CA. In addition, it greatly simplifies physician reporting, helps compliance with The Joint Commission and other regulatory organizations and automates documentation and reporting to the American College of Cardiology National Cardiovascular Data Registry, ICD Registry and other national registries.

The Cardiac Rhythm Center annually performs more than 450 electrophysiology and ablation procedures and more than 725 device implants, and the system helps keep all these records in order.

The Cardiac Rhythm Center, on the John Muir Medical Center - Walnut Creek Campus, uses two ComboLab IT systems from GE Healthcare, which combine CardioLab IT EP and Mac-Lab IT hemodynamic recording systems, enabling dual use of the cath and EP labs. The center ties its EP and hemodynamic systems to Centricity Cardiology Data Management System (DMS) for reporting purposes.

These devices are integrated with ablation and 3D mapping systems, remote nurse stations and the hospital information system (HIS). Keys to the system, according to Blalock, are two Centricity servers from GE. A Centricity DMS server receives patient demographic data that flows from the HIS through an ADT interface. It also feeds the master lists to the workstations and acts as the data repository. A Centricity INW server connects all the EP and hemodynamic acquisition stations and provides the remote connectivity for the nurse stations, enabling nurses to chart in the procedure room in real time.

How the System Works

The HIS sends the patient demographic data, collected at the point of registration, to the Centricity DMS server. This means 12 fields of patient data are automatically populated, eliminating manual data entry and reducing the chance for errors in the report and data collected. EP lab personnel query the Centricity DMS server for the patient, select the patient and download the information to the CardioLab IT workstation, which sends a batch of reports daily to the Centricity INW Server. When the procedure is complete, the physician uses the report automatically generated from the CardioLab IT system as the basis for the final report — there is no dictation. The CardioLab IT system automatically sends the procedure documentation to the Centricity DMS server. Staff members then use custom forms to gather the ICD data registry information. This data is exported to the cardiovascular information system (CVIS) repository, and further information is entered manually. The complete data is then exported electronically to the ICD registry.

A key benefit of the system is the accuracy of collecting and recording data, Blalock said. The system is set up to minimize free text entry, which is time consuming and a common source of errors. The system uses master lists of procedures, complications, medications and inventory. Nurses select items from pick lists.

“The accuracy we gain by using forms with pick lists instead of free formatting really tightens up the data collection, so we can feel confident about the data when we report it,” said Lisa Tisdale, RN, MS, CNS, manager of the Cardiac Rhythm Center.

The system also enables chronological documentation of the case, from the time the patient enters the room until conclusion. “The nurse can select from a series of prepared statements, which go into the log that becomes the permanent medical record,” Tisdale said. “We’ve also incorporated custom forms into the macros. As a nurse goes through the macros documenting the sequence of the case, a custom form appears at the appropriate time.”

For example, when a device is being placed into a patient, a form opens where the nurse selects the device type, model and serial number.

“Studies have shown that data collected at the point of care is significantly more accurate and reliable than data collected retrospectively,” Blalock said. “For the person doing the charting, it’s very convenient.”
Documentation is further streamlined by the separate remote nurse workstations, which can be placed in the procedure room, enabling a nurse to monitor patient vital signs and other parameters while documenting the case without interrupting workflow on the main acquisition station. The portable stations can be moved within the room to accommodate specific procedures.

Meanwhile, the main acquisition station receives and records data from the ablation devices and the center’s CARTO XP 3D mapping system. The interface allows both data points and color maps of the heart to automatically become part of the procedure record.

At the end of the case, the physician uses procedure-specific templates that generate a final report. The physician uses the keyboard to enter observations, findings, conclusions and recommendations. The report is automatically populated with intracardiac measurements, refractory periods, arrhythmia data and ablation data that would be tedious to dictate.

The system includes key provisions for patient safety. For example, it prompts staff to chart required documentation such as consent signed, final time-out completed, and RN double check of high-risk medications such as heparin. 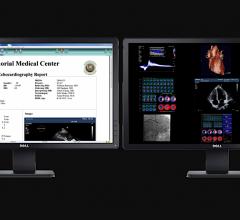 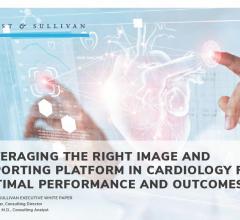 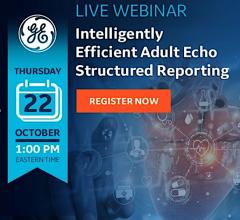 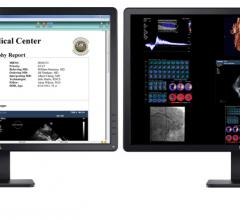 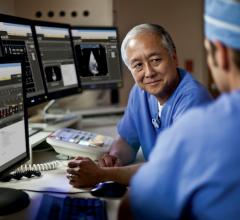 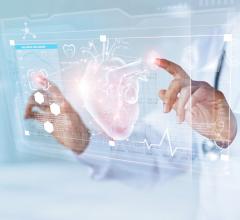 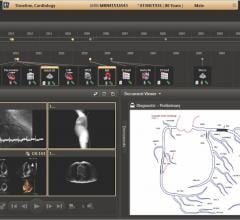 An example of workflow efficiencies in newer CVIS systems. This example from Philips IntelliSpace Cardiovascular, a cardiac PACS plus CVIS system, shows a patient timeline with icons to show various tests, exams or procedures in an easy to understand format. The cath lab cardiac diagram can be modified by the user with stents and degree of stenosis, which automatically flows text information into the report. 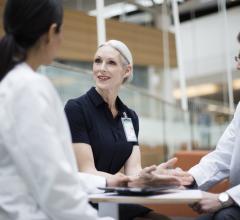 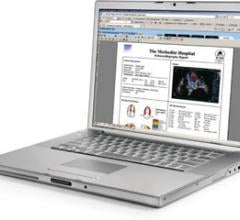 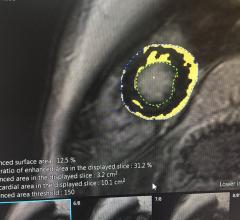