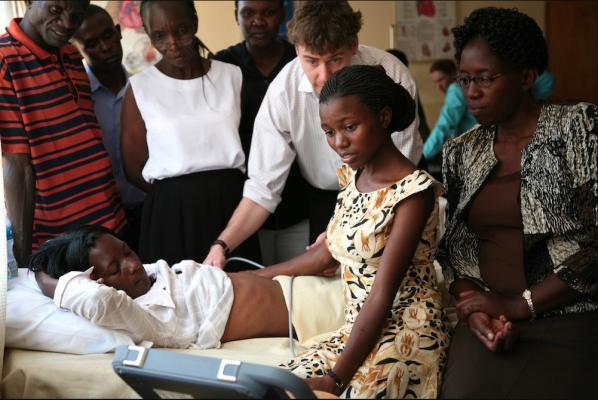 The WASE Normal Values Study, which was launched in 2016, is unique in that it provides normal reference values of echocardiographic parameters in adults across a wide range of age, race and ethnicity from 15 different countries. In contrast to previous studies, WASE included head-to-head inter-country and inter-race comparisons, in which all technical differences in data acquisition between regions were minimized and standardized by using state-of-the-art equipment and strictly following the 2015 ASE and European Association of Cardiovascular Imaging (EACVI) updated recommendations for chamber quantification. In addition, data analysis and interpretation were conducted uniformly by a core-laboratory at MedStar Health Research Institute and the University of Chicago.

Federico M. Asch, M.D., FASE, MedStar Health Research Institute, Washington, D.C., and Roberto M. Lang, M.D., FASE, University of Chicago, served as co-principal investigators on this study. Asch, who presented the data at ESC, said, “The clinical usefulness of echocardiography is based on the detection of abnormalities, which relies on the accurate definition of “normality” across different countries or races. Currently, available echocardiographic ‘reference values’ that define ‘normality’ are mostly based on cross-sectional observations of Caucasians from the United States and Europe. The WASE study evaluated individuals from multiple countries and races with the aim of describing normative values that could be applied to the global community world-wide, and to determine differences and similarities among people from different countries and races. The current report focuses specifically on 2-D left ventricular dimensions, volumes, and function.”

In total, 2,008 subjects were enrolled in the study. The average age was 45, where 42.8 percent were of White race, 41.8 percent Asian and 9.7 percent Black. Results indicated that left ventricular (LV) dimensions and volumes are larger in males, while left ventricular ejection fraction (LVEF) and global longitudinal strain (GLS) are higher in females. Global WASE normal ranges for LV dimensions were similar to those in the ASE/EACVI guidelines, but the upper limits of normal for LV volumes and the lower limits of normal for LVEF were higher in WASE study participants in all countries.

Significant inter-country variation was identified for all left ventricular parameters reflecting LV size (dimensions, mass and volumes) even after indexing to body surface area (BSA), with left ventricular end-diastolic volume and left ventricular global systolic function having the highest variation. The largest volumes were noted in Australia, while the smallest were measured in India for both genders. While there were no differences in LV size between individuals of White and Black race, the LV of Asians and Mixed (mostly Mexicans mix of White and native American) were smaller. However, within each race group, there were significant inter-country variations. This finding suggests that in addition to gender and BSA, specific country should be considered when evaluating LV volumes. Inter-country variation for LVEF and GLS was smaller, but still statistically significant.

A manuscript reporting these findings has been accepted for publication in the Journal of the American Society of Echocardiography will be published online later this month.