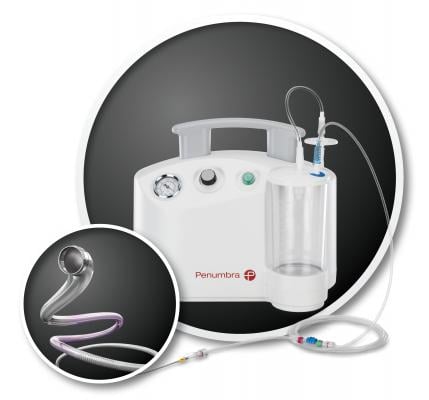 January 5, 2017 — A new report published by Allied Market Research forecasts that the global thrombectomy devices market was valued at $982 million in 2016, and is expected to reach $1.389 million by 2022. This total will be supported by a compound annual growth rate (CAGR) of 5.9 percent during the forecast period 2014 to 2022. Mechanical thrombectomy would continue to be the preferred technology throughout the analysis period. North America dominated with around half of the market share in 2015 and is projected to maintain the lead throughout the forecast period.

High occurrences of acute myocardial infarction, peripheral artery disease, deep vein thrombosis, venous thromboembolism (VTE) and pulmonary embolism owing to sedentary and unhealthy lifestyles majorly drives the market growth, according to the report. VTE is most common in adults >60 years of age. In addition, better healthcare infrastructure and an increase in demand for minimally-invasive treatments; a rise in the geriatric population, which increases incidence of cardiovascular diseases; and technological advancements and innovations are the factors that nurture the growth of the thrombectomy devices market. Some of the restraints associated with the market are scarcity of trained professionals, lack of awareness and the complicated use of devices.

The disposable thrombectomy devices segment generated the highest revenue in 2015 and would continue to follow this trend throughout the analysis period.

Geographically, North America occupied a major market share in 2015, and is expected to continue leading during the analysis period. This was attributed to the sedentary and unhealthy lifestyle of the current generation, demand of better healthcare infrastructure, and increase in demand for minimally-invasive treatments and incidence of cardiovascular diseases. However, Asia-Pacific followed by LAMEA are expected to be the fastest growing regions, owing to the presence of ample growth opportunities in terms of unmet medical needs for the treatment of thrombus.

The thrombectomy devices market holds a substantial scope for growth globally. Recent innovations — which embed introduction of innovative ideas such as use of lasers, ultraviolet radiation and 3-D image generation — will provide better results to the physicians and allow them to work more efficiently. The upcoming trend in this market is the introduction of a technique that involves the combination of decompressive hemicraniectomy and endovascular thrombectomy to treat patients with cerebral venous thrombosis.

Among the other key findings were:

Key players have adopted mergers and acquisitions and product launch as their key strategies in the thrombectomy devices market. This is due to the growth in competition and continuous technological advancements. In July, 2016, Penumbra launched the ACE 68 Reperfusion Catheter for commercial use in the U.S. This catheter uses the latest tracking technology advancements available and delivers maximum aspiration power for extracting thrombus in stroke intervention. This product launch is expected to strengthen the product portfolio of Penumbra, a leading market player. The major market players profiled in this report include Boston Scientific Corp., Medtronic Plc, Teleflex Inc., Penumbra Inc., The Spectranetics Corp., AngioDynamics Inc., Terumo Corp., Johnson and Johnson Inc., Stryker Corp. and Vascular Solutions Inc.