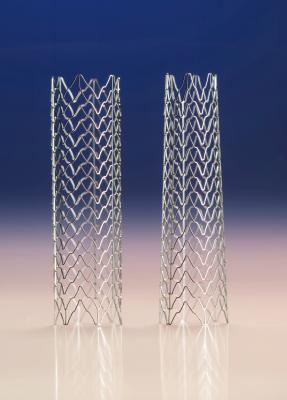 March 4, 2016 — Recent results from the Carotid Revascularization Endarterectomy versus Stenting Trial (CREST) are evidence that stenting will continue to remain competitive with surgical treatment, said an analyst with research and consulting firm GlobalData. CREST data has shown patients with severe carotid artery stenosis suffered similar rates of adverse events in both stenting and endarterectomy procedures.

The 10-year findings of the trial, published by the New England Journal of Medicine, showed adverse event rates of 11.8 percent in stenting and 9.9 percent in endarterectomy groups, with no significant difference in restenosis rates. In this way, both procedures exhibit similar long-term, post-procedural safety and efficacy profiles.

Meyyan said: “Carotid stenting systems with flow reversal and integrated embolic protection have potential to address the challenges with the current generation of products. GlobalData expects there will be an increased demand for these systems in coming years.

“Indeed, major peripheral vascular players that have developed and launched proximal embolic protection systems that incorporate flow reversal or arrest, with high rates of technical success, include Medtronic with its MoMa Ultra, and W.L Gore with its Gore Flow Reversal System.”

The analyst added that mesh-covered stents are also emerging as a potential solution to the periprocedural stroke rate. InspireMD has developed the CE-marked CGuard nitinol stent, which utilizes a polyethylene terephthalate mesh to provide continuous embolic protection, showing 100 percent procedural success and no major adverse events at the 30-day mark.

Meyyan concluded: “These new technologies are promising, and show that opportunities continue to be available for companies to devise carotid artery stenting systems.

“Despite stenting’s stable reputation following the CREST trial results, the outcome from the CREST-2 trial, which compares clinical outcomes of surgery, stenting and medical therapy, will be pivotal in determining the future direction of carotid artery disease management.”

Feature | Cath Lab | April 29, 2021
SCAI 2021 Late-breaking Clinical Study Results
April 29, 2021 — Here is the list of late-breaking study presentations and links to articles about each of them from
read more

VIDEO: The Impact of COVID-19 on Heart Attack Patients