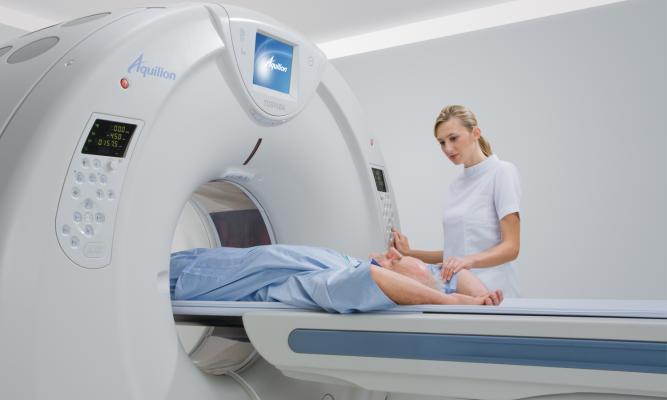 February 25, 2016 — Investing in Toshiba Medical, which is seeking potential partners, is likely to deliver strong returns for companies looking to expand into the diagnostic imaging space, according to an analyst with research and consulting firm GlobalData. This could be particularly attractive in the Japanese market, according to the analyst.

Thanks to a growing population with a steady demand for non-invasive diagnostic procedures, imaging devices have remained a lucrative investment, and GlobalData forecasts that the global diagnostic imaging market will be valued at $42.4 billion by 2020.

As Sarah Janer, GlobalData’s analyst covering medical devices, explained: “Toshiba Medical is a steady performer and its sales make up 10 percent of the thriving global market, which is tempting for companies looking to break into diagnostic imaging.

“Japanese firms are especially interested, as Toshiba Medical possesses 19.2 percent of the diagnostic imaging market in Japan. Canon Inc. and Fujifilm are stepping up to bid, and while both offer digital radiography devices, heavy investment in Toshiba Medical could expand their range to computed tomography (CT) and magnetic resonance imaging (MRI) systems.”

GlobalData estimates that the current markets for CT and MRI devices are expanding at compound annual growth rates of 14.3 and 10.4 percent, respectively.

Janer noted: “Investment opportunities are so attractive that Toshiba’s CEO Masashi Muromachi has hinted at already receiving opening bids significantly higher than the reported asking price of $3 billion for an 80 percent share. Canon and Fujifilm have partnered with other firms to improve the strength of their bid, demonstrating a strong eagerness to invest.

“Certainly, as both companies have less than a 3 percent share of the global diagnostic imaging market, a buyout could significantly boost their chances of competing with imaging titans like Siemens or GE Healthcare.”

Although Toshiba ranks fourth for global market share, collaboration could lead to innovation and some fierce competition down the road, depending on what percentage of Toshiba Medical is sold off.

Janer continued: “A 51 percent percent company share could result in some collaboration, but Toshiba’s restructuring plans would need to succeed. Full investment would result in a more stable outlook and a market share increase of up to 20 percent for the successful buyer, according to GlobalData.”