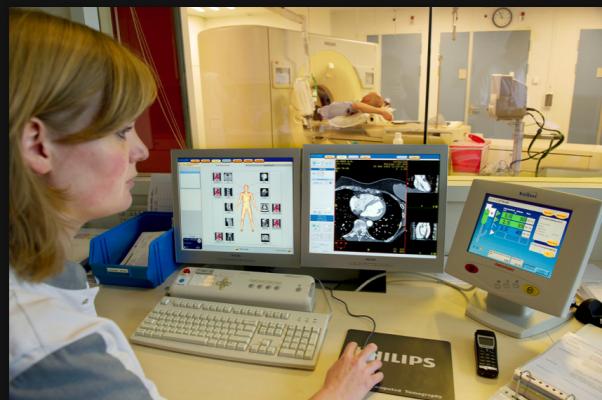 July 27, 2012 — Adding computed tomography (CT) scans to standard screening procedures may help emergency room staff more rapidly determine which patients complaining of chest pain are having a heart attack or may soon have a heart attack and which patients can be safely discharged, according to a study funded by the National Heart, Lung and Blood Institute (NHLBI), part of the National Institutes of Health.

Researchers in the study focused on a condition known as acute coronary syndrome, which includes heart attacks and unstable angina (chest pain), a condition that often progresses to a heart attack. This syndrome occurs when narrowed or blocked coronary arteries prevent oxygen-rich blood from reaching the heart muscle. Since chest pain has many causes, patients are often unnecessarily admitted to the hospital before it is determined that their chest pain is not due to acute coronary syndrome or other serious conditions.

The study results suggest that CT scans allow hospitals to send many patients with chest pain home sooner without compromising their safety. The average length of hospital stay was 23.2 hours for those who underwent CT scans, compared to 30.7 hours for those who underwent standard screening procedures alone. Half of the patients who received a CT scan were discharged in 8.6 hours or less. In contrast, half of the patients in the standard evaluation group were sent home in 26.7 hours or less.

Even with shorter hospital stays in the group that received CT scans, the researchers did not miss any cases of acute coronary syndrome among those participants. After 28 days of followup, there was no significant difference in serious cardiovascular events between the two groups.

The study, which appears in the July 26 New England Journal of Medicine, was part of an NHLBI-funded program called Rule Out Myocardial Infarction/Ischemia Using Computer-Assisted Tomography (ROMICAT-II).

The researchers studied 1,000 participants between 40 and 74 years old in nine U.S. hospitals. Participants were eligible to enroll in the trial if they showed symptoms suggestive of acute coronary syndrome but no prior history of heart disease or evidence of heart damage on their electrocardiogram (ECG) tests or blood tests.

Participants in the CT group were exposed to more radiation than those in the standard screening group, though the study authors suggested that future CT scans could be done using less radiation, which could help lower exposure without sacrificing accuracy.

Overall costs were similar in the two treatment groups.