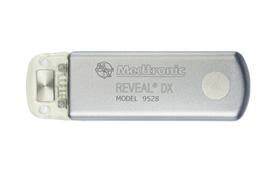 November 24, 2010 – Data from the PICTURE trial showed that an insertable cardiac monitor led to diagnosis and treatment for 78 percent of patients who experienced a recurrent syncopal (fainting) event during the study. The Reveal family of insertable cardiac monitors, by Medtronic, also showed that 75 percent of those diagnosed were shown to have a cardiac cause of their syncopal event.

The data was published EP-Europace, the European Journal of Pacing, Arrhythmias and Cardiac Electrophysiology.

Patients were evaluated by an average of three different specialists for management of their syncope and underwent a median of 13 tests (range 9 to 20) without providing a conclusive diagnosis. Patients were followed up until the first recurrence of a syncopal event for at least one year. These findings support current guidelines suggesting that an implantable loop recorder, also known as an insertable cardiac monitor, be implanted earlier rather than later in the evaluation of unexplained syncope.

“Getting to the root of what causes a patient’s symptoms can be costly and time-consuming, but is the first step in recommending an effective treatment,” said Nils Edvardsson, M.D., Ph.D., the lead investigator of the PICTURE trial, with Sahlgrenska University Hospital in Göteborg, Sweden. “The results of the PICTURE trial suggest that insertable cardiac monitors may more quickly diagnose the patient’s underlying cause of syncope and may provide physicians the information they need to effectively treat their patients.”

Syncope, also known as fainting, is a sudden loss of consciousness that usually occurs when the blood pressure drops and not enough oxygen reaches the brain. While some causes of unexplained fainting are harmless, others may be life threatening. Heart-related causes, including abnormal heart rhythms, are among the most serious causes of syncope. In addition, fainting may lead to further injury, as 70 percent of patients in the PICTURE trial had been hospitalized at least once for syncope and more than one-third had experienced significant physical trauma in association with a syncopal episode.

“These findings provide important, real-world insights into the diagnosis of unexplained syncope and validate the current treatment guidelines set forth by the European Society of Cardiology,” said Andrew Krahn, M.D., professor of medicine with University of Western Ontario in London, Ontario. “The results suggest that the large number of tests often performed prior to arriving at a definitive diagnosis may delay effective treatment and increase overall healthcare costs.”