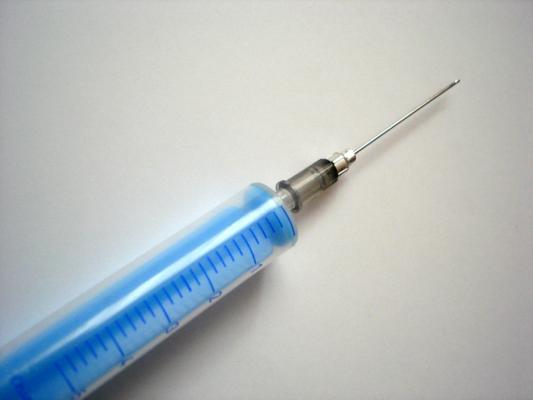 May 14, 2018 — The opioid drug epidemic is impacting cardiology, with a new study finding the number of patients hospitalized with endocarditis has increased dramatically over the last decade in a pattern that mirrors the increase in mixed drug use. The nearly decade-long retrospective study analyzed patients in the epicenter of the opioid epidemic — West Virginia. Findings showed a trend between the significant increase in patients hospitalized with endocarditis from mixed drug abuse and the substantial cost it has on state and federal programs. The study was presented today at the Society for Cardiovascular Angiography and Interventions (SCAI) 2018 Scientific Sessions.

The rise of opioid abuse is a growing health crisis in the United States, particularly in areas hardest hit by the economic downturn, with an average of 115 Americans dying every day from drug overdoses (NIDA). One of the most challenging and costly complications of the intravenous (IV) drug epidemic is endocarditis, a rare, life-threatening bacterial valve infection that can destroy heart valves and spread throughout the body. Endocarditis is often associated with heart defects or abnormal valves, but can also be formed by using unsanitary needles to inject drugs. This causes bacteria from the needle to be released directly into the bloodstream. Endocarditis is a hard to treat condition and often ends in death. According to the Centers for Disease Control (CDC), addicts with endocarditis are 10 times more likely than other patients to die or require a second surgery months after initially leaving the hospital.

The study systematically analyzed all patients who were admitted during a nine-year period with associated drug abuse and endocarditis, utilizing International Classification of Disease (ICD) codes. Patients involved in the study had been handling cocaine, OxyContin, Demerol, Percocet and other opioids in large doses, likely causing immune system compromise further increasing their risk for valve infection from bacteria repeatedly introduced into the bloodstream during drug injection. A time series model was used to investigate the effect of drug use on the incidence of endocarditis and estimate cost based on charges.

During the study period, a total of 462 patients were hospitalized with infective endocarditis and concomitant explicit drug use. Infective endocarditis cases increased from 26 cases in 2008 to 66 cases in 2015. Most of the patient cases were uninsured (10.4 percent) or underinsured by federal and/or state programs (10.6 percent and 56.2 percent respectively). Throughout the study period, $17.3 million was billed by the hospital, and the total reimbursement was only $3.8 million. In 2015 alone, the hospital lost $3.5 million to care for these patients. These staggering increases in costs to West Virginia and the hospital come at a time of regional economic uncertainty and contracting hospital reimbursement.

“Endocarditis is a serious, hard to treat condition that significantly increases one’s risk of death,” said lead author Mark Bates, M.D. and director of cardiovascular research advancement at Charleston Area Medical Center (CAMC). “We are working as a team to help find solutions for communities to combat the spread of pandemics and increase awareness in our cities about the dangers of opioid use and the life-threatening condition of endocarditis.”

The authors note an interest to further analyze the benefits of intensive preventive measures through heat mapping, such as selecting communities for needle exchanges, creating various support groups, and educating users on the dangers of IV drug use.