First U.S. patients enrolled in international trial to evaluate implanted defibrillator that offers protection with less risk to the heart 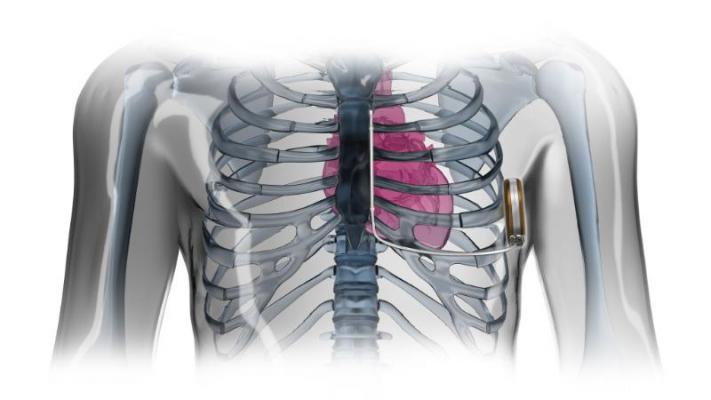 June 2, 2015 — The Valley Hospital has been selected as the United States Coordinating Center for the international PRAETORIAN trial analyzing implantable cardioverter-defibrillators (ICDs). The trial will compare traditional ICDs with a newer model that may reduce the risk of complications associated with these otherwise life-saving devices.

Although ICDs have been used for decades to safeguard patients deemed at high risk for sudden death due to a heart rhythm disorder (arrhythmia), the traditional model relies on a transvenous electrode or lead placed in the heart. A major drawback of these ICDs has been the lead, which can break, become infected, or injure the heart and surrounding blood vessels. The alternative is a newer form of ICD, called a subcutaneous or S-ICD, that is implanted entirely under the skin without entering the heart or blood vessels. Valley was one of the first hospitals in New Jersey and one of only three hospitals in the tri-state area to have early experience with the S-ICD.

“Both types of ICDs have been shown to reduce the risk of sudden death,” says Suneet Mittal, M.D., director of electrophysiology and the principal investigator at Valley for the Praetorian Trial. “The S-ICD, because it does not involve a lead within the heart, may significantly reduce the likelihood of lead-related complications. This trial is the first attempt to compare the two types of ICDs in a randomized trial.”

In the PRAETORIAN trial, which originated at the Academic Medical Center in Amsterdam, the Netherlands, patients are randomly selected to receive either a traditional ICD or an S-ICD. Mark W. Preminger, M.D., director, implantable arrhythmia devices at Valley, enrolled the first patients in the United States into the study in February.

“The S-ICD is the world’s only subcutaneous ICD, and it represents a major step forward in the evolution of defibrillator technology,” Mittal said. “We are delighted to offer this advanced breakthrough in arrhythmia treatment to our Valley Hospital patients, and proud to be a leading participant in this important international trial.”