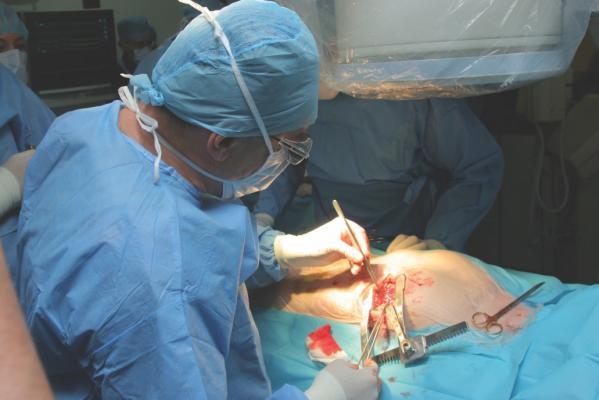 April 30, 2018 – Mandatory public reporting of coronary artery bypass grafting (CABG) results in Massachusetts was associated with better patient outcomes compared to national findings, according to a recent study. Results of the 13-year Massachusetts experience were presented in a plenary session of the American Association for Thoracic Surgery’s 98th Annual Meeting.

“State-mandated public reporting of CABG results has been conducted among the 14 Massachusetts cardiac surgery programs since 2002,” explained David M. Shahian, M.D., professor of surgery, Harvard Medical School, and vice-president, Center for Quality and Safety, Massachusetts General Hospital, who led the investigation. “In the current study, we analyzed trends in observed and expected mortality rates and risk factor prevalences, as well as evidence for risk aversion and adverse consequences of outlier designation.”

Investigators compared observed and expected outcomes and risk factor prevalences in Massachusetts with contemporaneous national data from the Society of Thoracic Surgeons (STS) National Database. They also studied the potential association of outlier status with subsequent decreases in market share and expected mortality, the latter a possible indicator of risk aversion. The authors analyzed three populations of adults 18 years or older undergoing isolated CABG surgery between 2003 and 2014:

CABG volume decreases from 2002 to 2014 were less in Massachusetts than in national [STS] data or in New York, another state with mandatory public reporting. Mass-DAC procedure and vital status data were complete and highly accurate. Many risk factor prevalences were similar to those of national [STS] data, although several uncommon but high-risk characteristics — including preoperative cardiogenic shock, emergency status or heart attack within 24 hours preceding surgery — were significantly less common in Massachusetts. Some but not all those differences resulted from a novel peer-adjudication process in Massachusetts. This provided additional scrutiny of cases submitted by hospitals with these codes, some of which were changed, especially in the early years of the public reporting program.

Possible explanations for better performance in Massachusetts, which the data cannot differentiate, include the salutary effects of public reporting, as described in New York, another public reporting state. However, there are also other potential explanations, including Massachusetts Determination of Need regulations that result in fewer but higher volume programs, and the fact that most Massachusetts cardiac surgery programs are in major tertiary centers or their affiliates. Both procedural volume and teaching intensity have previously been shown to be associated with better healthcare outcomes. The last and most controversial potential explanation is risk aversion, the avoidance of high-risk cases because of their feared impact on report card scores, reputations and referrals. The evidence for this practice in the study by Shahian and colleagues was mixed, with lower prevalences of several high-risk characteristics, but overall expected mortality rates in Massachusetts that were higher than, or no different than, national [STS] rates, and risk-adjusted rates and O/E ratios that were consistently better.

“The bottom line is that mandatory public reporting was consistently associated with better outcomes, although a causal relationship cannot be proven, and there was conflicting and inconclusive evidence for risk aversion”, commented Shahian.