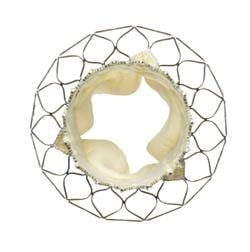 November 3, 2011 – Medtronic announced the first implant in a clinical trial in Japan that will evaluate the safety and effectiveness of the Medtronic CoreValve System.

The successful procedure in the trial was led by Professor Yoshiki Sawa of the Department of Cardiovascular Surgery at Osaka University Hospital. “With the number of aortic valve stenosis patients steadily rising as the Japanese population ages, we consider this an important step towards the introduction of a new therapeutic option to the healthcare system,” said Sawa.

The CoreValve System provides a minimally invasive treatment option for patients with symptomatic, severe aortic stenosis who are at high risk, or are ineligible, for open-heart surgery. Worldwide, approximately 300,000 people have been diagnosed with this condition, and approximately one-third of these patients are deemed at too high a risk for open-heart surgery. In the United States, the CoreValve System is currently limited to investigational use.