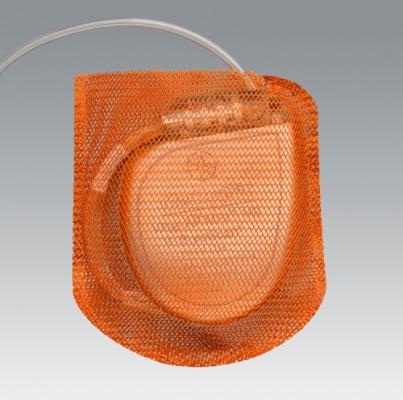 March 20, 2019 – Results from the landmark Worldwide Randomized Antibiotic Envelope Infection Prevention Trial (WRAP-IT) demonstrated Medtronic’s Tyrx Absorbable Antibacterial Envelope reduced the risk of major infection by 40 percent, and pocket infection by 61 percent, in patients with cardiac implantable electronic devices (CIEDs). The improvements were in comparison to standard-of-care pre-operative antibiotics. The trial results were presented in a late-breaking session at the American College of Cardiology’s 68th Annual Scientific Sessions (ACC.19), March 16-18 in New Orleans, and published simultaneously in The New England Journal of Medicine.1

“CIED infections are associated with significant morbidity, mortality and cost. Until now, in addition to adhering to strict surgical techniques, only one intervention, pre-operative antibiotics, has been shown to significantly reduce infections,“ said Khaldoun Tarakji, M.D., MPH, associate section head of cardiac electrophysiology at Cleveland Clinic, principal investigator of the trial, and a paid consultant to Medtronic.

“This study shows that, in addition to pre-operative antibiotics, the use of the antibacterial envelope significantly reduced the risk of CIED infections, and with no increased risk of complications.”

The Tyrx envelope was successfully implanted in 99.7 percent of procedure attempts, with no significant difference in procedure time between the two groups.The trial also met its safety objective: The envelope did not increase the risk of procedure-related or system-related complications through 12 months (p<0.001 for non-inferiority).

WRAP-IT is a randomized, prospective, multicenter, single-blinded, global, post-market, interventional clinical trial. It compared the incidence of major infections in patients whose CIED implantation included the Tyrx envelope and patients whose procedure did not, with follow up to 12 months. The study was conducted in 181 centers in 25 countries in North America, Europe, Asia and South America, and included 776 implanters. A total of 6,983 patients participated in the trial with 3,495 randomized to receive the Tyrx envelope and 3,488 randomized to the control group (without the envelope).

Millions of people with heart conditions receive a CIED, such as a pacemaker or implantable cardioverter defibrillator (ICD), to help manage abnormal heart rhythms. As with any surgical procedure, there is risk for infection due to bacteria being introduced at the time of implant. These infections occur in 1-4 percent of all patients with CIED implants,1,2 leading to an increased risk of death and an average cost per infection of $44,000-$83,000.3-7

The Tyrx Absorbable Antibacterial Envelope is a mesh envelope that holds an implantable cardiac device or implantable neurostimulator. It is designed to stabilize the device after implantation while releasing antimicrobial agents, minocycline and rifampin, over a minimum of seven days.8 The envelope is fully absorbed by the body approximately nine weeks after implantation. 8,9

The Tyrx Envelope was cleared by the U.S. Food and Drug Administration (FDA) in 2013 and received CE Mark in 2014.