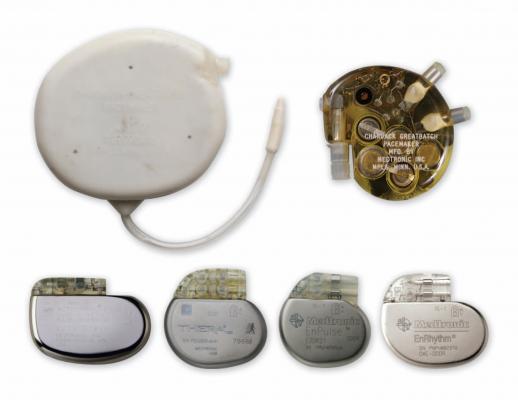 Mexican government reports conclude more than half of the population does not have access to social security or private insurance that covers a pacemaker implant, and 44 percent live in poverty. Recycling donated, explanted pacemakers offers a new option for these patients.

November 10, 2017 — Mexican doctors have safely reused donated pacemakers after sterilization, according to a study presented at the 30th Mexican Congress of Cardiology, Nov. 2-5, 2017, in Guadalajara, Mexico. The findings create the possibility for patients to receive a pacemaker who otherwise could not afford one.

“There is no report of the number of pacemaker implants per year in Mexico, but we implant close to 150 new pacemakers per year in our hospital,” said first author Carlos Gutiérrez, M.D., a cardiologist at the General Hospital of Mexico "Dr. Eduardo Liceaga" in Mexico City.

“According to government reports, more than half of the population in Mexico does not have access to social security or private insurance that covers a pacemaker implant, and 44 percent live in poverty,” he continued.1 “This suggests that many Mexicans cannot afford a pacemaker. Previous studies have shown the safety of reusing pacemakers after sterilization.”

The current study included 33 patients with a pacing indication who could not afford a new pacemaker or a battery change. Patients received a reused device at the General Hospital of Mexico between 2011 and 2017. Devices had been donated by relatives of deceased patients and had a minimum of six years of battery life.

After confirming that the pacemakers were functioning correctly, they were washed with enzymatic soap and sterilized in an autoclave for 38 minutes. Pacemaker function was rechecked after sterilization.

Patients were 72 years old on average (the age range was 20 to 106) and 52 percent were female. The indications for a pacemaker were sinus node dysfunction in ten patients (30 percent) and advanced atrioventricular block in 23 patients (70 percent).

Gutiérrez said: “This was a small study but it shows that with a thorough and standardised sterilization process, explanted pacemakers with a battery life of more than six years can be reused safely. This provides an effective option for patients who cannot afford a new device or a replacement battery.”

“This practice could be implemented in many other centers that have equipment to sterilize and reprogram pacemakers,” continued Gutiérrez. “We also need to promote the donation of pacemakers with little use from deceased patients.”

Erick Alexanderson, M.D., president of the Mexican Society of Cardiology, said: “This study has encouraging results which open up the possibility of pacemaker treatment for many more Mexicans who need it.”