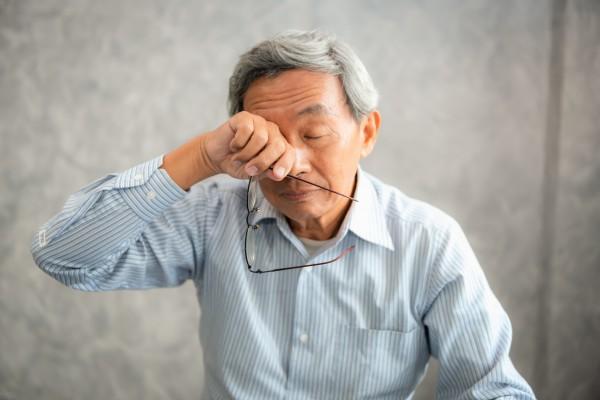 April 23, 2019 – Determining which elderly heart attack patients take longer to stand from a seated position and walk across a room may help predict who will be readmitted to the hospital within a month, according to new research in Circulation: Cardiovascular Quality and Outcomes, an American Heart Association journal.1

Nearly 1 in 5 older adults hospitalized for heart attack is readmitted for heart failure, bleeding, irregular heart beat or other complications within 30 days of discharge, which is costly and detrimental to patients’ quality of life.

“In general, there has been a lot of interest in preventing hospital readmissions among older patients within 30 days of discharge from the hospital, because of how common and costly they are,” said study author John A. Dodson, M.D., MPH, assistant professor of medicine and population health, and director of the NYU Geriatric Cardiology program in New York City. “Heart attack is one of the conditions specifically identified by Medicare as a priority for readmissions reduction, but so far it’s been challenging to predict specifically which patients with heart attack will get readmitted.”

In this study, researchers developed a first-of-its-kind prediction tool that considers functional impairments and traditional factors to identify which patients over age 75 may require repeat hospitalization.

Researchers analyzed data on 3,006 elderly heart patients (average age 81, 44 percent women, 10 percent nonwhite) in a study called ComprehenSIVe Evaluation of risk in Older Adults with AMI (SILVER-AMI), which enrolled participants from 94 U.S. hospitals. Participants underwent in-hospital assessment of functional impairments including cognition, vision, hearing and mobility. Functional mobility was based on the “Timed Up and Go” (TUG) assessment, which timed how long it took to rise from a chair, walk 10 feet, then return to the chair.

Within 30 days, 547 participants (18.2 percent) were readmitted to a hospital. Researchers noted that impaired mobility, measured by how long it took to complete the TUG (or being unable to complete it at all), was the only functional impairment associated with 30-day readmission. Those who took longer than 25 seconds had nearly double the odds of readmission compared to those who completed it in less than 15 seconds. Other more traditional risk factors, including chronic lung disease and arrhythmias, were also associated with readmission.

“I think that impaired performance on the functional mobility test is a marker of generalized vulnerability to the stresses that can lead a patient to be readmitted to the hospital, such as infection, falls and recurrent cardiovascular events. There’s considerable overlap between impaired mobility and something called the frailty syndrome, which is generally thought of as an increased vulnerability to these stresses,” Dodson said.

The study excluded survivors with severe cognitive impairment or delirium; some eligible patients declined to participate; and patients in the SILVER AMI trial may be healthier than the general population – all factors that may limit the generalizability of the findings.

“There are other factors at play, such as performance of the health system, that are important in determining readmission risk,” he said. “The findings will need to be replicated in future studies.“

The study was coordinated by Yale University. Principal investigator Sarwat Chaudhry, M.D., noted that, “Given the aging of the population, there is growing interest in the role of functional impairments, such as those in mobility, cognition and muscle strength, in prognosis after major events such as heart attack. SILVER-AMI provides important evidence about how these impairments affect risk of readmission in older patients. Future studies from the SILVER data will provide information about mortality, falls and quality of life in this population.”

An editorial by Michael W. Rich, M.D., notes that the study was limited to 30-day all-cause readmissions, which may not be relative to long-term clinical outcomes, especially death. “Moreover, it fails to consider outcomes that are of greater import to older adults, such as physical and cognitive function, maintenance of independence and quality of life,” said Rich

“We are facing a growing need to redesign healthcare delivery to meet the needs of this population. SILVER-AMI represents an important step forward in understanding the health status of older adults hospitalized with heart attack, as well as the factors that impact clinical outcomes,” he wrote.