June 8, 2010 – A recent study found a potential new molecular imaging agent combined with post-scan image processing technology could result in crisper pictures of the heart. The results were revealed yesterday at the Society of Nuclear Medicine (SNM) annual meeting in Salt Lake City.

“Both cardiac and respiratory motion degrade image quality by adding some unwanted blur,” said Ludovic Le Meunier, Ph.D., lead researcher and staff scientist for Siemens Healthcare, based at Cedars-Sinai Medical Center, Los Angeles, Calif. “Our objective in this work was to provide the highest myocardial perfusion image quality by using a promising heart imaging agent and correcting the motion of those organs. In conjunction, these tools can provide unprecedented diagnostic capability for clinicians evaluating heart disease.”

The new imaging agent, called flurpiridaz F-18 injection, uses a fluorine-18 (F-18) based radioisotope, and while it is still in clinical trials the compound has been shown to facilitate very high quality imaging of the heart. Other positron emission tomography (PET) agents used to image the heart have a much shorter half-life and need to be produced within an on-site cyclotron, which limits access. Some agents can be produced on site with a generator, but image quality appears not to be as high. F-18 has a half-life of 108 minutes and therefore can be delivered to imaging centers located within a wider radius, with no compromise to image quality.

The technology used in this study included high-definition (HD) PET, a technique that images the body’s physiological functions and automatically corrects distortions that occur during scanning. Next, researchers used post-scan image processing tools called respiratory gating and “motion frozen” cardiac gating, which cut out or otherwise compensate for the motion of these organs during scanning. The result is virtually motion-free myocardial perfusion imaging.

This clinical trial was led by Daniel Berman, M.D., director of cardiac imaging and nuclear cardiology at Cedars-Sinai Medical Center. Motion-frozen technology was developed in collaboration with Piotr Slomka, Ph.D., a research scientist at Cedars-Sinai and professor of medicine at the University of California, Los Angeles.

Twenty-six patients in a single study center underwent SPECT and PET imaging within six months. PET myocardial perfusion imaging was performed with flurpiridaz F-18 injection at rest and was then followed one hour later with imaging at exercise or under pharmacologically-induced (adenosine) stress. 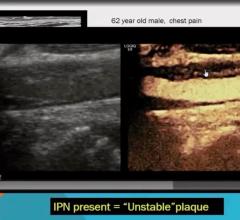 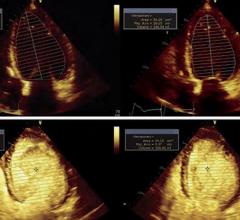