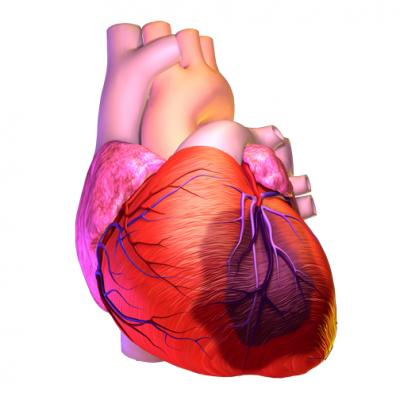 December 28, 2016 — Cimaglermin, a new experimental drug, may help restore cardiac function after heart failure, according to a first-in-man study published Dec. 26 in the Journal of the America College of Cardiology (JACC): Basic to Translational Science.

Heart failure, characterized by a loss of cardiac function, is among the leading causes of death worldwide. A significant portion of heart failure patients, particularly those with severe left ventricular systolic dysfunction, do not sufficiently respond to current medical therapy.

Researchers examined the safety and efficacy of a single infusion of cimaglermin, which acts as a growth factor for the heart, helping the structural, metabolic and contractile elements of the heart to repair itself following injury. The study enrolled 40 heart failure patients who were taking optimal medical therapy for at least three months prior to the trial. Compared to patients who received a placebo, patients who received a high dose of cimaglermin had a sustained increase in left ventricular ejection fraction, or pumping capacity, through 90 days after dosing, with the maximum increase reached at day 28.

“These findings support continued clinical development of the investigational drug cimaglermin, including further safety evaluations and detailing the potential improvement on clinical heart failure outcome measures,” said Daniel J. Lenihan, M.D., from the division of cardiovascular medicine at Vanderbilt University and the lead author of the study. “As with all experimental therapeutics, additional studies will be required and subject to regulatory review to determine if the relative risks and benefits of cimaglermin warrant approval.”

The most common side effects were headache and nausea, which were temporarily associated with exposure to the drug. One patient receiving the highest planned dose of cimaglermin experienced an adverse reaction that met the stopping criteria of Food and Drug Administration (FDA) guidance for drug induced liver injury.

Limitations of this study include the small sample size and the fact that patients only received a single infusion rather than multiple doses.

“Although the results of the study must be regarded as provisional because of the small numbers of patients, the results of this study are nonetheless very exciting,” said Douglas L. Mann, M.D., FACC, editor-in-chief of JACC: Basic to Translational Science. “Instead of blocking the fundamental mechanisms that lead to cardiac injury, the early results with cimaglermin suggest that it may also be possible to administer therapeutics that allow the failing heart to repair itself using its own repair mechanisms.  If the results of this study can be replicated and translated into improvements in clinical outcomes in larger numbers of patients in phase II and III clinical trials, it will represent a paradigm shift in the way in which clinicians treat patients with heart failure.”