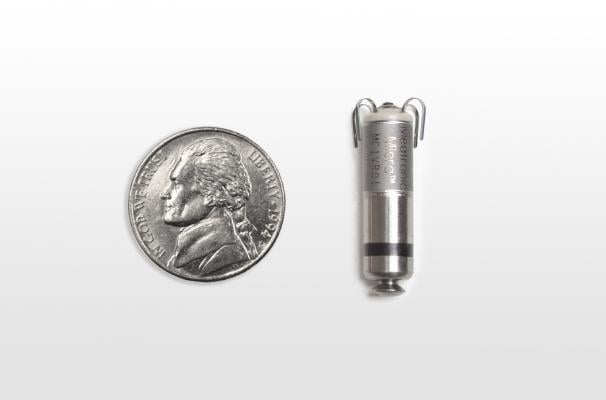 "The results of MARVEL indicate that this novel mechanical sensor may allow more patients to benefit from a miniaturized leadless pacemaker," said Larry Chinitz, M.D., MARVEL study principal investigator and cardiac electrophysiologist and director of NYU Langone's Heart Rhythm Center in New York City. "Although single-chamber pacing in the ventricle is quite safe for these patients, the preferred option is to treat them with a wired pacemaker in two chambers to maintain synchrony and cardiac function. However, patients with these traditional pacemakers are at risk of experiencing complications related to the pocket and the leads, and leadless pacemakers remove these risks."

The MARVEL study evaluated 64 patients who already had a Micra TPS at 12 centers in nine countries. Investigators evaluated the ability for the Micra's accelerometer to monitor and detect contractions in the atrium, even though the device is implanted in the ventricle. Investigators also evaluated Micra's ability to pace the ventricle to contract in sequence with the atrium, creating AV synchrony. AV synchrony was measured using continuous device telemetry and an electrocardiogram via a Holter monitor.

The study showed the percentage of AV beats in synchrony during pacing with the AV algorithm was 87 percent among all study patients (while they were at rest for 30 minutes), 80 percent in high-degree AV block patients, and 94.5 percent in patients with predominantly intact AV conduction during the study. In patients with high-degree AV block who would benefit the most from AV synchrony, the algorithm yielded significantly greater AV synchrony (P<0.001) compared to VVI pacing without the algorithm. In addition, AV block patients had a statistically significant improvement (P=0.004) in stroke volume (blood flow out of the left ventricle) during AV algorithm pacing (23.9cm LVOT VTI) compared to VVI pacing (21.8cm).

Medtronic first introduced the Medtronic Micra TPS commercially in Europe in 2015 and in the United States in 2016 for patients who need a single-chamber pacemaker. Comparable in size to a large vitamin, the Micra TPS is less than one-tenth the size of traditional pacemakers, yet it delivers advanced pacing technology to patients via a minimally invasive approach. During the implant procedure, it is attached to the heart with small tines and delivers electrical impulses that pace the heart through an electrode at the end of the device.

Unlike traditional pacemakers, the Micra TPS does not require leads or a surgical "pocket" under the skin, so potential sources of complications related to such leads and pocket are eliminated — as are any visible signs of the device. Micra TPS utilizes a miniaturized sensor inside the device to measure patient movement (also known as an accelerometer) and determines appropriate pacing rates based on patient activity levels.