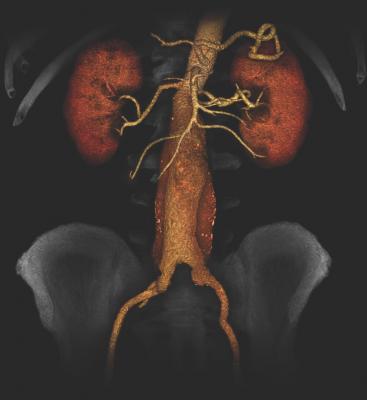 November 21, 2018 — New research in the December edition of the Journal of Vascular Surgery suggests significant increase in morbidities in obese patients after open surgery, but not after endovascular abdominal aortic aneurysm (AAA) repair.1

“In this large national sample of an elective AAA cohort,” said Malas, “obese patients had similar in-hospital mortality compared with non-obese patients in both open and endovascular repairs. The results remained unchanged even after looking at different subclasses of obesity, including those with BMI >40.”

Previous work defining early outcomes after AAA in the obese has yielded conflicted results. Recent meta-analysis suggested the superiority of endovascular repair over open, but only four studies with relatively small numbers were included. Single-center studies have either corroborated this conclusion or failed to demonstrate a difference.

The new study ultimately evaluated 33,082 procedures including both:

Demographic analysis revealed that the obese patients, compared to the non-obese, were:

Evaluation of the operations revealed that the obese had:

With regards to outcomes, there was no difference in mortality between the groups for either repair method (open 3 percent vs 3 percent, endovascular 0.5 percent vs 0.6 percent).

However, following open repair, the obese patients had higher odds of developing:

“Wound infection is a common complication seen among obese patients undergoing all surgical procedures. Even after adjusting for comorbid conditions, the obese had 75 percent higher odds of wound infection following open repair, with the highest rates observed in the more severely obese patients,” noted Malas.

“In this study open repair showed increased risk of all in-hospital complications compared with endovascular therapy for AAA,” Malas said, “corroborating the known superiority of endovascular repair over open repair seen in the literature.”

While weight reduction itself would be considered important, this is not always possible in cases where more urgent care is necessary, such as AAA. With the prevalence of significant obesity in the United States as high as 39.8 percent, understanding its impact on the outcomes of various medical procedures is key in delivering safe and cost-effective healthcare.

This research article is open source here through Jan. 31, 2019.